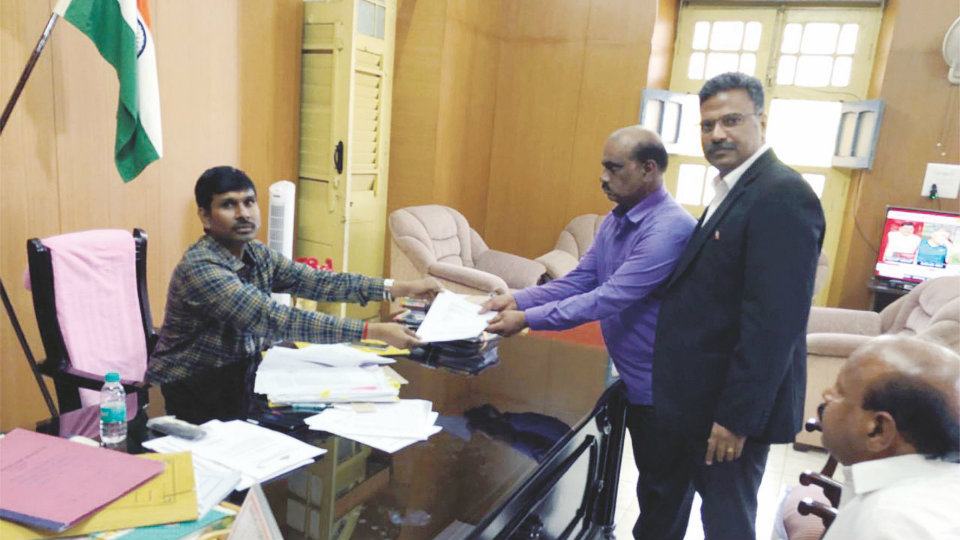 Mysuru: A complaint has been filed at the office of the City Police Commissioner regarding a person who has gone missing. S. Shivaprakash, a resident of Geetha Mandira Road in Lashkar Mohalla, has filed the complaint that stated that his brother, 48-year-old M.S. Mahadevaswamy has been missing since yesterday.

“My brother Mahadevaswamy, on 02-04-2018, had complained to the District Electoral Officer against Shailendra, Assistant Commissioner of Police (ACP), Palace Security, for violating the Election Model Code of Conduct,” he has stated in the complaint filed through his advocate S. Arunkumar.

“Soon after the complaint was filed, one Suraj, who introduced himself as Additional Commissioner, Deputy Commissioner’s Office, contacted my brother and had obtained a written complaint. Suraj had met my brother along with his team. My brother has gone missing from 09-04-2018 (yesterday) and even his mobile number is not available for contact,” Shivaprakash has stated.

Further, the complainant has told the Police Commissioner that his brother’s Honda Activa was found parked at the Police Commissioner’s Office. “There are chances of my brother being tortured to obtain a false statement. This development that took place after my brother complained to the District Electoral Officer is worrying the family members,” Shivaprakash stated.

He has requested the Police Commissioner to trace his missing brother. Shivaprakash also met the Deputy Commissioner K.B. Sivakumar who is the District Electoral Officer at his office this morning along with Arunkumar and submitted the missing person complaint.