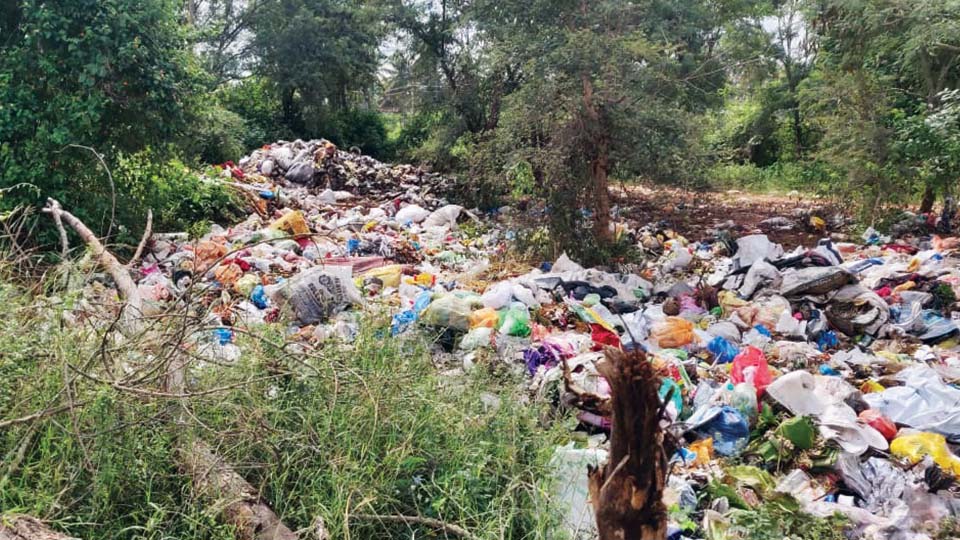 Mysuru: The residents of Ashwathama Layout at Somanath Nagar in Dattagalli 3rd Stage have alleged of bad roads in the locality. Thanks to two septic tanks constructed by Mysuru Urban Development Authority (MUDA) for which the roads were dug up.

The residents said that after the roads were dug up for the construction, the dug up portion was not filled or asphalted which has resulted in numerous holes and uneven surface on the roads.

Several bike riders have fallen down while passing on these roads and have injured themselves in the last few months and now, because of the bad roads, garbage collectors, milk, vegetable and fruit vendors and also newspaper distributors are refusing to come to the area as their vehicles get damaged if they travel on these so called roads.

They said that despite lodging complaints and even requesting the officials concerned to get the roads repaired, no action has been taken so far to solve the issue.

The residents of Srirampura, near the Outer Ring Road, which comes under MUDA, have alleged indiscriminate dumping of garbage in the open ground opposite residences by Srirampura Town Panchayat.

The residents said that though the area comes under MUDA, the workers of Srirampura Town Panchayat, who collect garbage in their limits were dumping the same in the open ground since a month causing unhygienic atmosphere which may result in possible outbreak of diseases if it is not cleared soon.

They also said that the residents also met the Chief Officer of Srirampura Town Panchayat, who assured of getting the garbage cleared but nothing has been done so fare.

They have urged the authorities concerned to take steps to get the open ground cleared of garbage at the earliest.