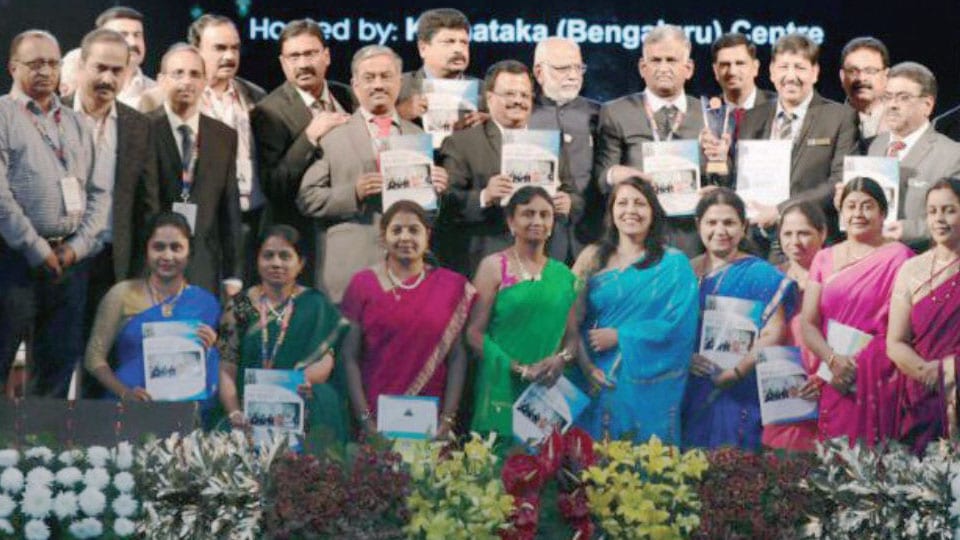 The Chairman of BAI Mysore for the year 2016-17 N.Subramanya along with 46 delegates of Mysore Centre received the award from BAI National President H.N. Vijaya Raghava Reddy.

The Centre under the theme ‘New Ideas New Dimensions’ had conducted several innovative programmes during 2016-17 which benefited the construction fraternity and public at large. Also the monthly News Bulletin Mysore Shilpi was released during this occasion.

Earlier, the convention was inaugurated by Vice-President of India M.Venkaiah Naidu and a souvenir to commemorate the Convention was released by Governor Vajubhai R. Vala.

The Mysore Centre has been bagging the Best Centre Award since 15 consecutive years.