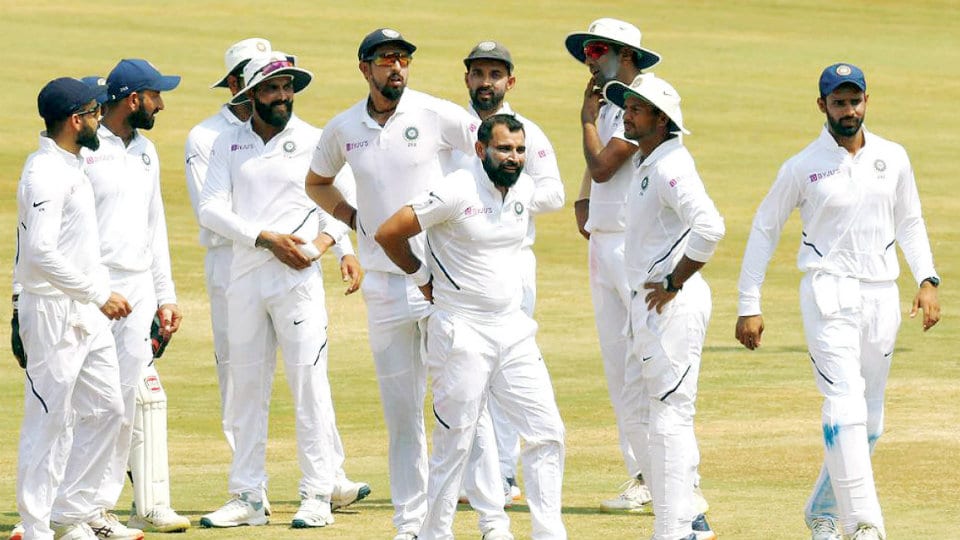 Despite losing the Twenty20 series against India, Bangladesh is taking inspiration from their maiden win against the hosts in the first match of the format as they prepare for the upcoming two-match Test series that begins at Holkar Stadium in Indore tomorrow.

The visitors will shift their focus to red ball cricket before moving towards pink ball for the series concluding second test match that would be played under lights at the iconic Eden Gardens in Kolkata.

Bangladesh will miss the services of Shakib Al Hasan who was suspended for two years by International Cricket Council (ICC) for not reporting a corrupt approach. The team will also miss senior pro Tamim Iqbal who opted out of the tour as he wanted to be with his wife for the birth of the couple’s second child.

However, Bangladesh team, which is eyeing for a good start, started its preparation under the watchful eyes of newly appointed Test skipper Mominul Haque.

“In the past, India depended on spin bowling attack, however now they have strong pace attack too. We are disappointed that we could not win the last game despite creating chances and at the same time now we are looking forward to doing well in the Test series,” said Mithun.

The first Test, in Indore beginning tomorrow, is almost like a formality. All this doesn’t mean India are taking Bangladesh lightly for the first Test. Virat Kohli and Co are known for maintaining intensity irrespective of opposition or conditions. That explains India’s record at home. They’ve won 11 consecutive Test series in India.

They’ve got a full strength squad with Virat Kohli back leading the side after a brief break in the T20Is. Everything about the side — batting, spin, pace and even bench strength — is solid and balanced. If Bangladesh can lift themselves in the first Test, they’ll believe they can go in with confidence for the second. India begin the first Test as massive favourites but the scales will be slightly more level in Kolkata, given the uncertainties.