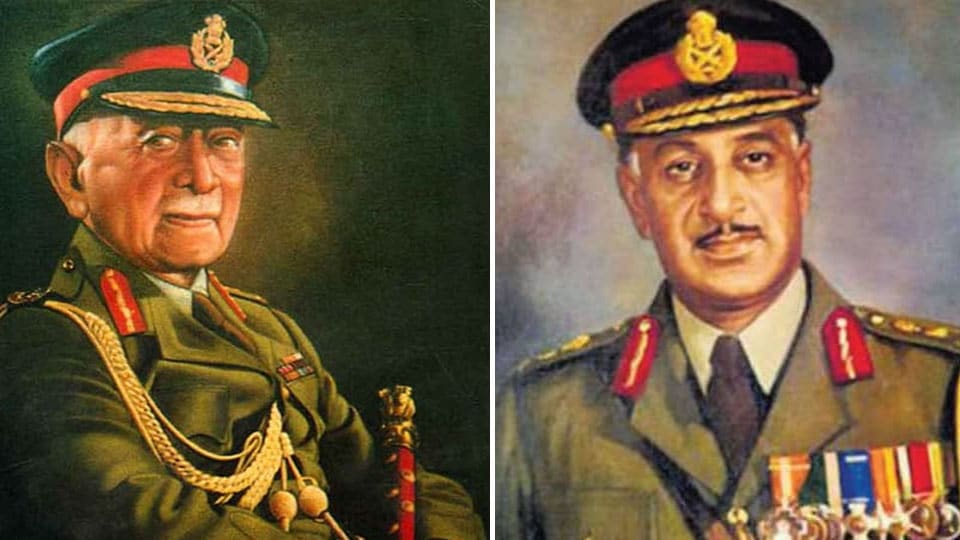 Madikeri: The Rashtrapati Bhavan has acknowledged the receipt of Congress MLC Shantheyanda Veena Achaiah’s letter addressed to the President regarding conferment of Bharat Ratna posthumously on both Field Marshal Kodandera M. Cariappa and General Kodandera S. Thimayya. The letter has now been forwarded to Prime Minister’s Office (PMO).

A few days ago, in a letter addressed to MLC Veena Achaiah, Special Officer of the President’s Office Jagannath Shrinivasan has replied that the letter by the MLC has been sent to the Prime Minister’s Office. Veena Achaiah has thanked the President’s Office and its officials for positively responding to her letter and has expressed confidence that Bharat Ratna will conferred on both the martyrs very soon.