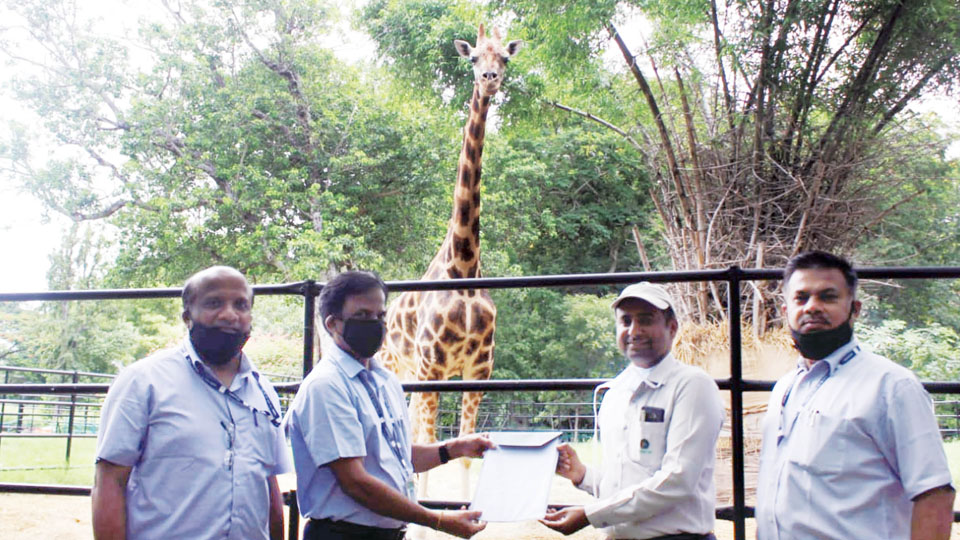 In a press release, Mysuru Zoo has thanked Bharatiya Reserve Bank Note Mudran for adoption of Asiatic Elephants, Asiatic Lion, Bengal Tiger, Giraffes, Zebras, Chimpanzee and Southern White Rhinoceros under Animal Adoption Scheme for a period of one year from 9.7.2020 to 8.7.2021 by paying an adoption fee of Rs. 10 lakh under the Bank’s CSR initiative.

“The interest shown by Bharatiya Reserve Bank Note Mudran since the last 5 years for adopting large mammals is commendable and their valuable contribution to this scheme will inspire other Corporate bodies and Charitable institutions for taking part in animal adoption scheme,” the Zoo Executive Director said in the release.