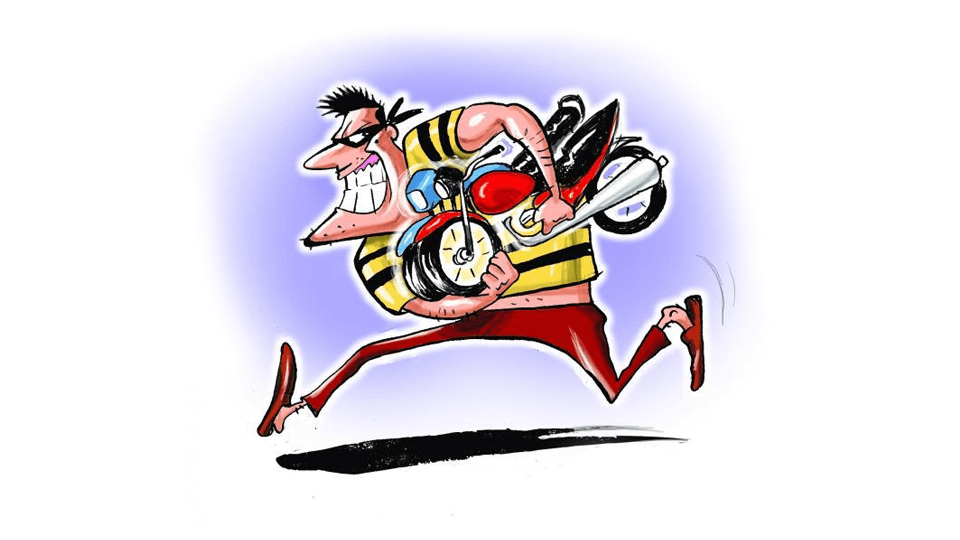 Mysuru: The Narasimharaja Police had arrested a person, who was trying to sell a two-wheeler without registration at a throw-away price near Columbia Asia Hospital on Mysuru-Bengaluru Highway On Oct. 9. They recovered three bikes from him.

The accused has been identified as 20-year-old Syed Saklain of Bharat Nagar in the city.

During interrogation, the accused is said to have confessed lifting two-wheelers along with his accomplices from Suntikoppa in Kodagu, Narayanapura and Anchepalya in Bengaluru.

Based on the information provided by the accused, the Police have recovered one Bajaj Pulsar 200NS bike, one Royal Enfield bike and one Yamaha R15 bike worth around Rs. 3.5 lakh from him. The accused along with his accomplices used to steal the bikes by breaking open the locks and the Police now have launched a hunt to nab his accomplices.