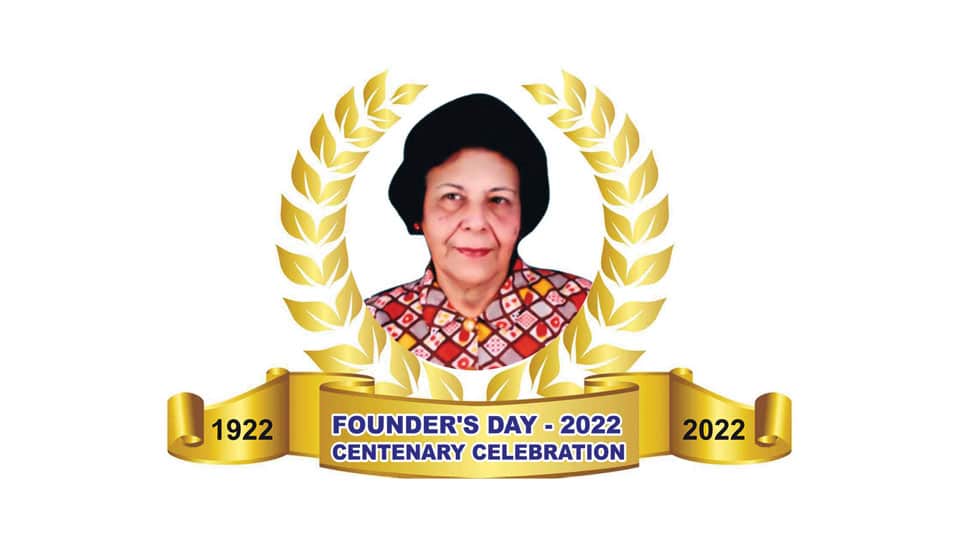 Remembering an Educationist, Parliamentarian and Philanthropist

The birth centenary of Sheila Irani, an Educationist, Parliamentarian and Philanthropist, will be celebrated at Ideal Jawa Rotary School on JLB Road and at Chamundi Children’s Home in Brindavan Extension here on June 12.

A well-known Mysurean, Sheila Irani made a name in the field of education by starting Ideal Jawa Rotary Children’s School. She started her career as a nursery teacher in Delhi and later founded the Ideal Jawa Rotary School in 1968, which grew into one of the most prestigious Schools in the city.

It is a joyous moment for Ideal Jawa Rotary School to celebrate the 100th birth anniversary of the School’s Founder and honour the memory of Sheila Irani.

The School Management, along with staff, students and office-bearers of Rotary Clubs, will pay tribute to Sheila Irani and Farrokh Irani by offering floral tributes to the bust of Sheila Irani installed in the School campus.

Born on June 12, 1922 at Nainital, Sheila Irani got training as a nursery teacher at St. Margaret’s College in Bombay and taught in Delhi. She married industrialist Farrokh K. Irani (F.K. Irani), who founded Ideal Jawa (India) Limited in Mysore and moved to Mysore in 1951. The couple was blessed with three children — Raian F. Irani, Kairus F. Irani (late) and daughter Morvarid Fernandez.

After coming to Mysore, Sheila Irani started Ideal Jawa Rotary Children’s School on Jan. 25, 1968, for which she was the Principal and Correspondent for more than three decades. She also constructed Chamundi Children’s Home at Brindavan Extension, which is functioning to this day.

Ideal Jawa Rotary Children’s School went on to become one of the most sought after educational institutions in Mysore. She used to encourage students to read books and took utmost care of their overall development. She was a keen believer in the merits of arts and crafts and made the same an integral part of the school day.

As an educationist, she gave major emphasis on parent-teacher-student interaction as part of the children’s overall development and was supported by Anglo Indian teachers, prioritising value-based practical education before it came into vogue.

Sheila Irani was not only involved in teaching students, but was also involved in many charity programmes along with Farrokh Irani. Many organisations were beneficiaries of their services and they had become household names in city.

She was involved in social service during World War II, where she volunteered and served in                  St. John’s Ambulance Corps and was awarded the Viceroy’s Certificate of Merit for her service.

Sheila Irani started her political career in 1968 after getting nominated to the Karnataka Legislative Assembly, where she served as a Member till 1978. Between 1993 and 1995, she served in the Senate of the University of Mysore. In 1995, she was nominated to the Parliament’s 10th Lok Sabha for one of the seats reserved for Anglo-Indians. She was also the Vice-President of the Anglo-Indian Association.

Besides, Sheila Irani was involved in social work for humanitarian causes, treating leprosy patients, working as the Vice-President of an Orphanage and as a Trustee of numerous hospitals. She was on the board of the P.K. Sanatorium and Trustee of Holdsworth Memorial Hospital (Mission Hospital) and served as an Executive Member of Frank Anthony’s Public School, Cathedral High School in Bengaluru and Board Member of Laidlaw Memorial School in Nilgiris. She was a member of Bharatiya Vidya Bhavan (BVB), Mysore Kendra and a Member of Mysore Agenda Task Force (MATF) too.

Though Sheila Irani passed away on Apr. 10, 2003, her memory remains in the hearts and minds of many who are trying to follow her ideals.

As a mother, she gave us a lot of rope…

“She lived life on her own terms and never wavered from her ideals. Made friends easily and was always ready to help. Social service came naturally to her. A good mentor, she constantly encouraged people to flourish, especially youngsters. As an educator, she emphasised on a child’s comprehensive development, ensuring arts, crafts and sports shared the stage with academics. As a mother, she gave us a lot of rope but never let us cross the line.” — Raian F. Irani