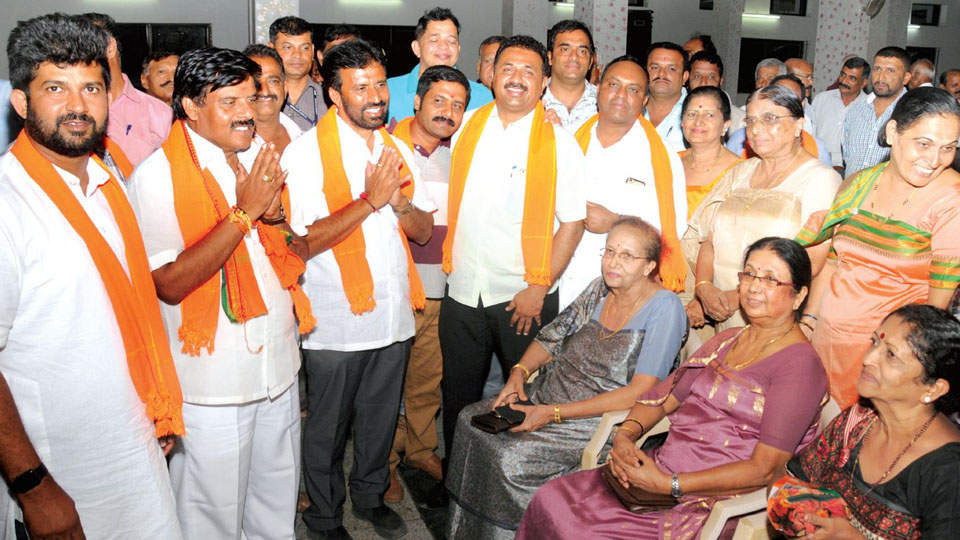 Mysuru: MP Pratap Simha has appealed Kodava Samaja members to vote for BJP candidates in the May 12 Assembly polls.

Simha who visited Kodava Samaja at Vijayanagar in city yesterday, appealed Kodava voters residing in the city to cast their votes in favour of BJP candidates.

Maintaining that Prime Minister Narendra Modi has become one of the tallest global leaders, he listed out the achievements of PM Modi and sought votes for party candidates contesting from the three Assembly segments of the city – KR, NR and Chamaraja.

Accusing the Congress Government of Minority appeasement, he alleged that the Congress had treated Kodavas badly and it was time to vote out Siddharamaiah Government.