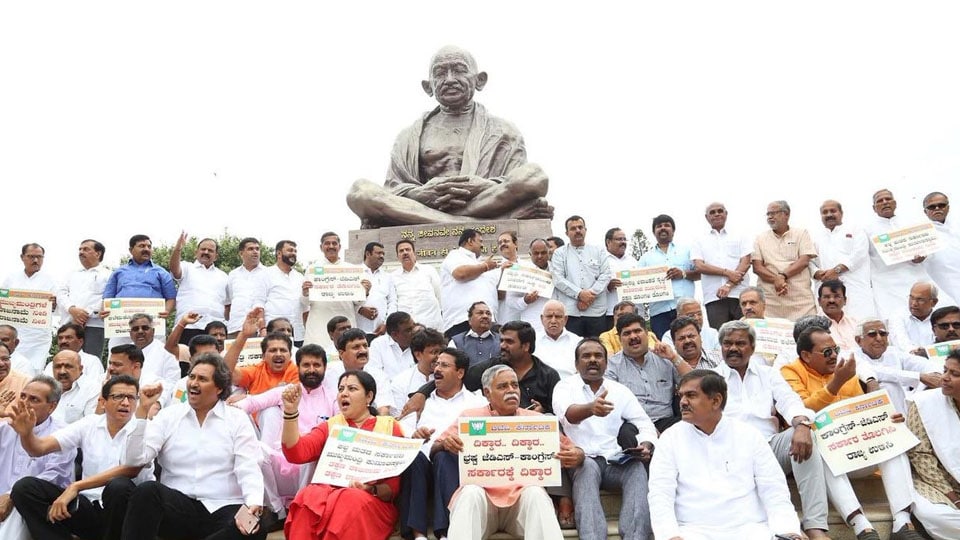 Bengaluru: Even as the political drama was on at Mumbai, here in Bengaluru, the Opposition BJP, staged a demonstration in front of Vidhana Soudha seeking the resignation of CM H.D. Kumaraswamy.

Maintaining that the ruling coalition government was reduced to a minority with the resignation of over a dozen MLAs from the Congress and JD(S), the BJP called for the intervention of the Governor as the coalition Government had no right to stay on in power.

Later, a BJP delegation met Governor Vaju Bhai Vala at Raj Bhavan and sought the dismissal of the Kumaraswamy Government, claiming that it had lost majority.

Just after the BJP delegation met the Governor, the Congress staged a demonstration near Raj Bhavan alleging that the Governor was biased in favour of the BJP.