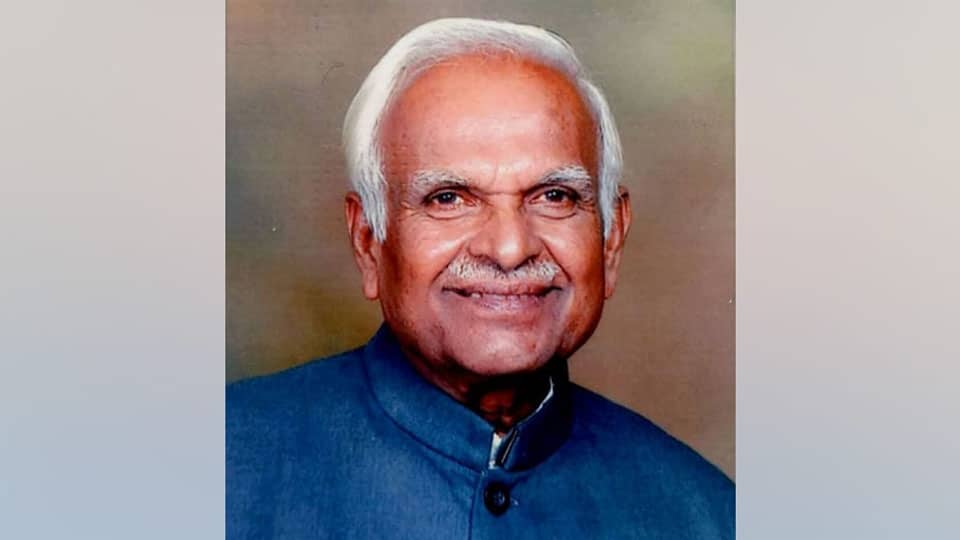 Mysuru: Former Assembly Speaker Krishna, popularly known as K.R. Pete Krishna, has said that a mid-term poll is the only solution for the political crisis in Karnataka.

Krishna, a former JD(S) MLA from K.R. Pet, was the  Speaker when the JD(S) ruled the State from 1994 to 1999. Krishna joined the Congress just before the 2013 Assembly elections and has stayed away from politics since the past few years.

Stressing on the need for fresh polls in the backdrop of the current situation, he reiterated that Kumaraswamy must go for fresh polls so that the people can choose a new Government.

Explaining the powers of the Speaker, Krishna said the Speaker has discretionary powers to either accept or reject the resignation of MLAs and added that the Speaker cannot delay the process.

Maintaining that the anti-defection law is applicable only when an MLA joins another party, he observed that the situation may be difficult to handle when the MLAs claim that they are resigning, disappointed with the style of functioning of the CM and the Coalition Government.

Pointing out that the Speaker can summon an MLA who has resigned, only if he suspects something fishy, Krishna said the Speaker may accept the resignation even in the absence of an MLA if he is convinced that the signature in the resignation letter is that of a given MLA and that the MLA has not resigned due to any pressure.

Blaming political leaders for the current mess, Krishna regretted that the recommendations of the Indrajit Gupta Committee on electoral reforms have not been implemented and no party seems to be interested in that report.

Regretting that the media, which is considered as the Fourth Pillar of Democracy too had failed in its responsibility, the former Speaker observed that the media seems to be backing the political leaders or party of their choice, while ignoring the true spirit of Democracy.

Observing that Democracy can survive only by electoral reforms and transparent conduct of politicians, he emphasised on the need for the political parties to act with responsibility.

Bemoaning the divisions being created based on caste, community, religion, language etc., he regretted that although people are more educated now, it seems that they have lost wisdom in caring for society. He regretted that voters too are selling their precious vote for money.