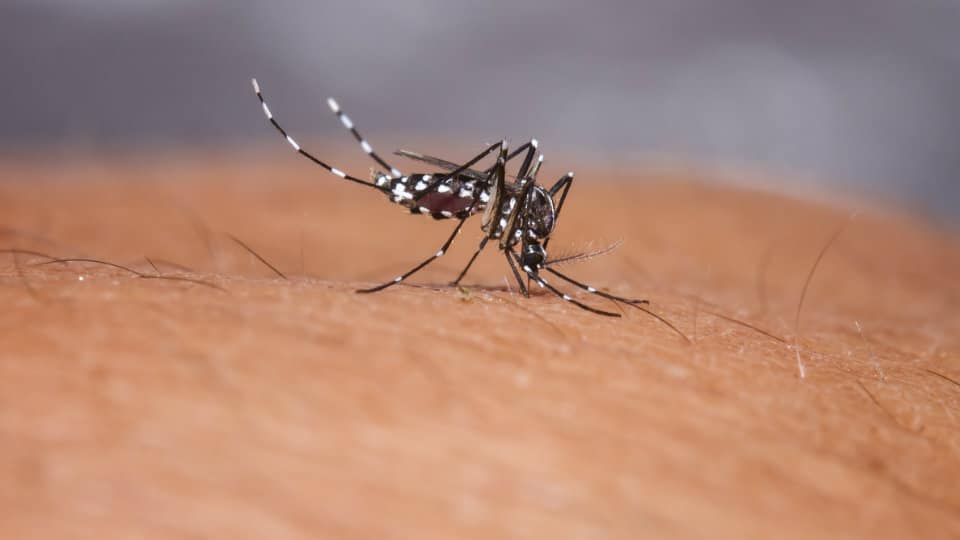 Mysuru: There has been a slight spurt in Dengue cases in Mysuru and eight confirmed Dengue cases within city and rural limits. Climate change could increase the spread of the disease, say officials.

Dengue fever is a mosquito-borne illness which can cause fever, severe joint pain and internal bleeding. An entomological survey and inspections carried out in various localities found that the percentage of households with presence of mosquito eggs and larvae is alarmingly high, suggesting a high risk of transmission and increased cases of Dengue.

In June alone, 83 cases were reported and of them, eight patients turned positive, confirmed Dr. Chidambara, District Vector-Borne Diseases Control Officer. Speaking to Star of Mysore, he said that 13 suspected patients were screened in January, 37 in February, 19 in March, 16 in April and 15 patients were examined in May this year and none were tested positive.

But in June, there was a spurt in Dengue suspect cases and 83 persons were screened. Of this, eight persons turned positive and this has been confirmed by laboratories. While three persons are from Mysuru city, the rest are from rural areas. Some of the patients have carried the disease to Mysuru from outside district, Dr. Chidambara added.

“While some amount of public awareness has been raised, there are still several people who come in without a basic understanding of what Dengue is or how it can be prevented. We get several patients who present with symptoms of viral fever or Dengue fever each week, a significant number of them come in after having presented with fever for a number of days,” officials said.

Another official said that while awareness measures had been taken, not enough effort had gone into clearing garbage and waste around the city, which may have led to the spike in the number of cases.

Dengue fever is a mosquito-borne tropical disease caused by one of the five major serotypes (or strains) of the Dengue virus. The virus is spread to humans via mosquito bites. Symptoms of the fever typically set in anywhere from three days to two weeks of being exposed to the virus. The most common symptoms are fever and joint pain (classical indication which leads doctors to suspect dengue), while headaches, myalgia (muscle pain) and general fatigue can also be seen in those presenting with the disease.

“This is not the first time that a disease has spread because of trash that was not properly collected or disposed of. The Mysuru City Corporation (MCC) should have stepped up its efforts to curb the waste and planned accordingly. Accumulation of such waste leads to more breeding of mosquitoes and that in turn can spread a number of diseases like Dengue,” said an official.

Meanwhile, the State capital too has seen a spike in Dengue fever and the health officials have squarely blamed the civic body for waste accumulation. As per the data released by the Government of Karnataka’s Health and Family Welfare Services, the number of cases of Dengue in Bengaluru alone from January to June was 531. However, now this number has shot up to 1,830. The number of Dengue cases reported since the start of the year in the entire State has been estimated to be over 3,000.