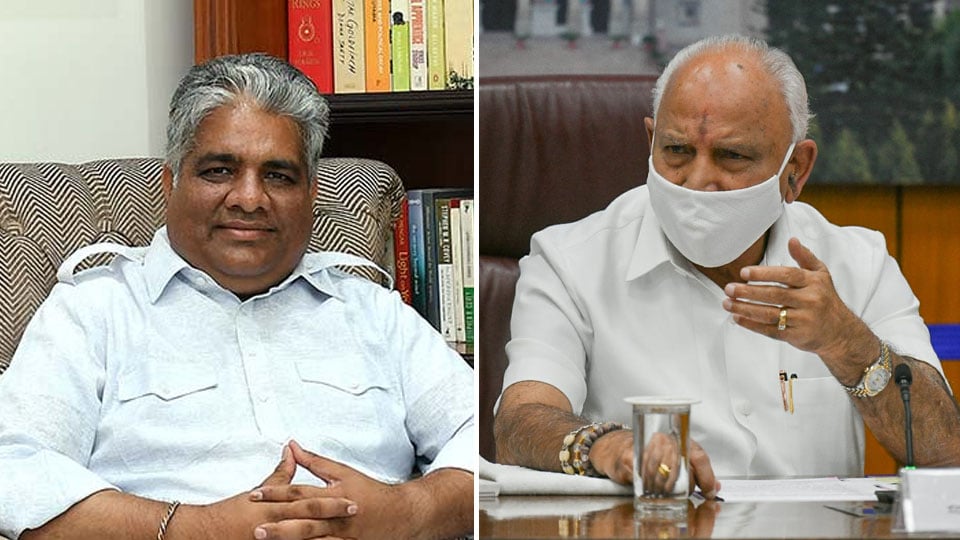 Political pundits say that this development is seen as a message from the BJP High Command following the recent exercise carried out by the Party’s Karnataka in-Charge Arun Singh, who undertook a three-day visit of Bengaluru last week.

Bhupender Yadav’s reported meeting with the CM has triggered varied political reactions in the State Capital. While the CM’s detractors who mainly include Tourism Minister C.P. Yogeeshwar  and MLA  Basanagouda Patil Yatnal, are enthused about his replacement, sources close to him maintain that the outcome has been positive and all talks  about Yediyurappa’s removal is only rubbish.

Bhupender Yadav, who is considered close to senior party leader and Union Home Minister Amit Shah, is said to have made an unscheduled brief visit to Bengaluru on Wednesday and met the CM at a resort in the outskirts of Bengaluru.

Just a day after the reported meeting between Yadav and BSY, Vijayendra flew to Delhi on Thursday morning and returned to Bengaluru the same night.

Meanwhile, amidst all these developments, BJP National General Secretary C.T. Ravi is said to have left for Delhi and BSY’s known detractor Minister Yogeeshwar too left for the National Capital after holding a press meet at Bengaluru on Friday.