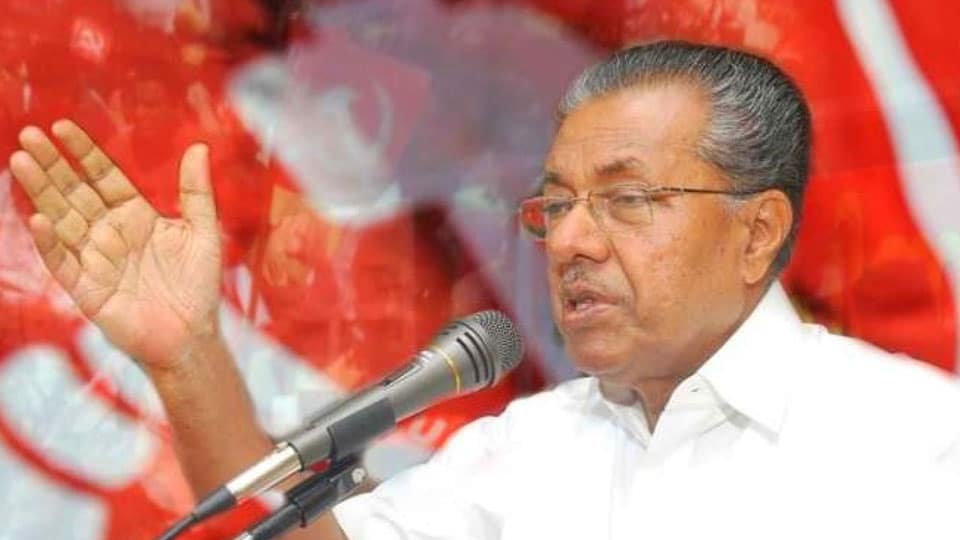 Mysuru:  Hundreds of BJP, VHP,  Sangha Parivar activists, under the banner of Sabarimala Kshetra Samrakshana Kriya Samithi, staged a protest near Gandhi Square in city this morning, demanding the Union Government to dismiss Pinarayi Vijayan-led  Left Democratic Front (LDF) Government in Kerala for hurting the sentiments of Hindus. The protesters condemned the Left Government’s move to implement the Supreme Court order permitting women of all age groups into the Hill shrine breaking the age-old tradition of Sabarimala Temple.

They accused that Kerala Chief Minister Pinarayi Vijayan armed with the verdict, was trying to persuade its women cadres to visit the shrine to break its centuries’ old customs. The  LDF Government was also trying to destroy Sabarimala Temple, by falsely propagating that it has turned into a centre of conflict.

They sought immediate intervention of the Union Government to restore the uniqueness of the Temple and threatened to intensify their agitation across the country if their demands are not met.