Home » Columns » Abracadabra By K. B. Ganapathy » BJP is not doing what Congress did then 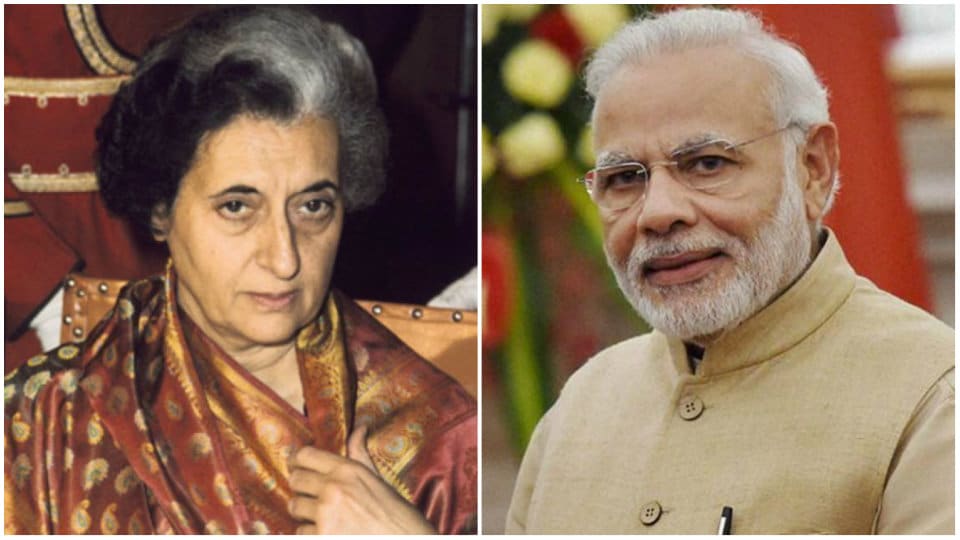 BJP is not doing what Congress did then

The article titled “Congress did it then, BJP now” in the column Point of View by veteran journalist TJS George (SOM dated Aug. 20) should be an eye-opener for all those who love this country as a Secular Democracy. As a country, we have the Constitutional guarantee to Fundamental Rights — Justice (Social, Economical and Political); Liberty (of Thought, Expression, Belief, Faith and Worship) and Equality (of Status and Opportunity).

With these eternal values, our Constitution hopes to promote among our citizens (irrespective of religious differences) Fraternity. This provides dignity to an individual leading to the Unity and Integrity of the Nation as a whole. In other words, the preamble to our Constitution is so noble, sublime and full of divine grace, it provides to every citizen means to his happiness — security from cradle to grave. This cannot be possible if the civil and criminal laws are made differently to people belonging to different religions.

The word “Socialist,” added at a later stage to the Constitution, makes it a blend of Socialism and Gandhism, so it is a temporal and sacred text. More sacred and relevant to me in my daily life than the holy books of any religion practised in our country.

Be that as it may, point to ponder here in relation to the article written by TJS George is about India as an independent sovereign country in its existential form. There should be no discrimination between one individual and another emanating from the accident of birth. Even if some concession or reservation is to be made, it should be made in a rational and time-bound manner. Time-bound because the implementing authorities will then work overtime to ensure elimination of inequality and social injustice prevailing in our society.

This said, India has the imperative of a BJP Government of the kind we have today for at least another decade. During this period, the BJP Government should fulfil the aspirations of a great majority of Indians irrespective of the barriers of caste and religion, language and culture.

Now, what are those aspirations? The most important and long-cherished aspiration of 72 years has been just realised — integrating J&K into the Indian Union. But for Narendra Modi of BJP winning the second term in office, this historical and revitalising decision for the country would not have been taken at all by the future Governments. As a result, the evils that existed following the temporary provision of Articles 370 and 35(A) in the “sacred text” of our Constitution would have remained there as a permanent Article. The same can be said of the BJP Government’s success in bringing in the law abolishing the evil of Triple Talaq among the Muslims living in India as a minority.

Likewise, there are many laws to be passed that would further strengthen the country. For example, the Uniform Civil Code, One Nation-One Election, One Power Grid, One Mobility Card, Law related to Family Planning and not forgetting the Laws to reduce or eliminate the prevalence of Corruption.

Once the Laws are passed by Modi Government laying the foundation for a strong unshakable Basic Structure for our Constitution and as a natural corollary One Nation (from Kashmir to Kanyakumari) for all the people with many religious and cultural hues is firmly established, the present BJP Government can go. A new Government under the new leadership can emerge to keep the country the way it was handed over to it by Modi Government. After all, power corrupts and absolute, continuous power, corrupts absolutely leading to self-destruction !