Home » Columns » Congress did it then, bjp now 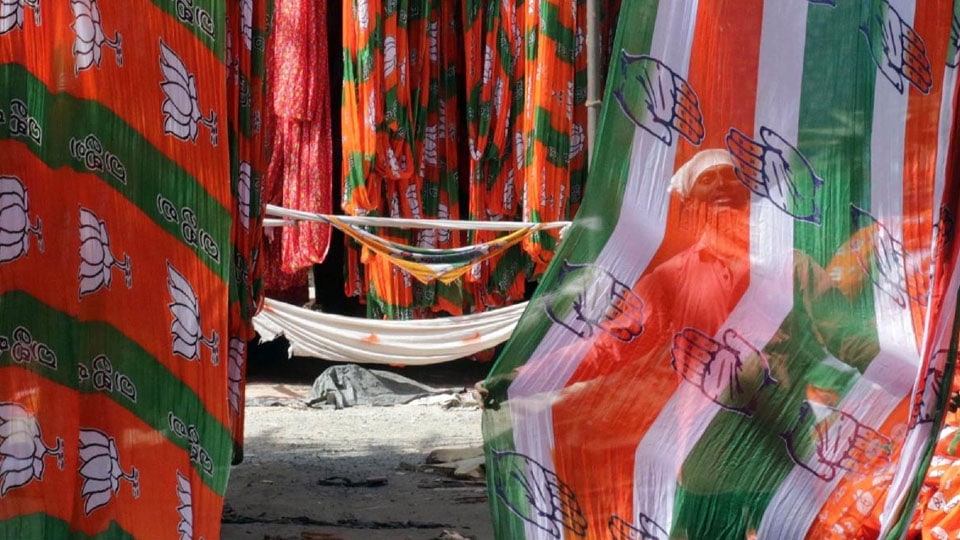 Congress did it then, bjp now

The Congress went dictatorial when Democracy was aglow with its initial patriotic zeal and Jawaharlal Nehru was an inspirational figure. Yet, Nehru became a silent participant in the molestation of Democracy.

It was left to Ambassador M.K. Bhadrakumar to point out something no one else had noticed — how the Congress had used State power to crush Democracy decades before the BJP rose to authoritarian heights and did the same.  The Congress went dictatorial when Democracy was aglow with its initial patriotic zeal and Jawaharlal Nehru was an inspirational figure. Yet, Nehru became a silent participant in the molestation of Democracy.

Bhadrakumar was referring to the 60th anniversary of the historic Vimochana Samaram of Kerala in 1958-59.  The newly created linguistic State had its first general election in 1957 and the Communists had come to power by popular vote for the first time in history.  It sent shock waves across the globe, especially in the US where the cold war was a major policy plank, pursued as an essential means to destroy communism and save the world.

The elected Communists, led by E.M.S. Namboodiripad, did what was expected of them.  Initiatives like land reforms and minimum wages were radical enough, but the Government seemed to get away with them.  When it turned to education, the air caught fire. Official attempts to ensure better wages and working conditions for teachers in private schools and colleges should have been welcomed by all, but the effect was the opposite.

The main reason was that education had become linked with religion. Schools and colleges had become a profitable business for religious groups, especially Christian denominations. They wanted no government interference. The Communist government’s attempt at interference was resisted immediately, the Catholic establishment taking the lead.  The Nair Service Society and the Indian Union Muslim League joined them. The Congress Party provided the leadership in coordinating the campaign. Advice and funding arrived from the US.

“Until this day,” says Bhadrakumar, “the US has imposed restrictions on declassifying the archival material pertaining to that period of Indian-American relations.”  Which can only be a part of bureaucratic stupidity. Two American Ambassadors to India, Daniel Patrick Moynihan and Ellsworth Bunker, recorded that the CIA was involved in the Kerala agitation.  The net result of American involvement and local communal networking was that a powerful and effective mass agitation against the EMS Government started shaking the State. Popular emotions were expertly aroused, passionate slogans invented, revolutionary couplets recited by marching crowds.

Ultimately, though, it was Indira Gandhi’s power mania that clinched the issue.  An indulgent Nehru made her the Congress Party President (and we thought he was not a dynast) and her first priority was to let the world know of the authority the post commanded.  The Kerala crisis came in handy and she plunged into it with a vigour that surprised her own husband Feroze Gandhi. With Prime Minister Nehru showing indifference, Congress President Indira Gandhi took direct interest in the agitation against the EMS Government.  Her assuming the leadership meant the use of Central Government pressure on the State. She kept it up until, in July 1959, Delhi took the unusual step of dismissing the elected Government of a State.

Unbeknown to the outside world, Indira faced her severest critic right at the dining table in the Prime Minister’s house where she was living then with her family.  Feroze Gandhi used strong words to criticise her. He said she had joined hands with “caste monsters” in the State to undo a democratic election. “You are bullying the people.  You are a fascist.” A red-faced Indira got up and walked away from the dining table. Feroze wound up his residence in the PM’s house and moved to a place of his own. Kerala had played a pivotal role in Indira’s personal life and her development into the Emergency dictator.

Absolute power corrupts absolutely, as Indira showed then and the BJP is showing now. Just as the “liberation struggle” roped in the Socialists of the day, the BJP is witnessing birds of strange feathers flocking to its nest.  From the North-east to Haryana to Sikkim to Maharashtra, suddenly patriots are joining the BJP. That many of them face IT-CBI threats is a minor detail. Law always supports power. Hauteur adds a dimension of its own to the BJP’s handling of power.  Lord Acton’s famous pronouncement went on to say that great men are almost always bad men. Our own experience shows that small men who become great men are evil men because they destroy the assumptions on which Democracy runs. What we have today is autocracy, undisguised.