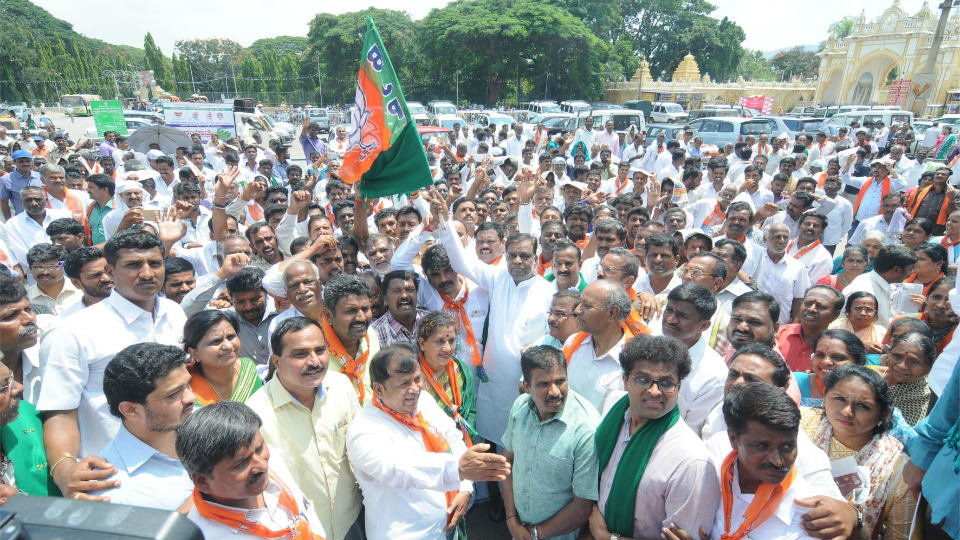 Mysuru: In a bid to address farmer issues, the district BJP Unit today launched a week-long padayatra from city this morning.

Speaking after flagging off the padayatra near Kote Anjaneyaswamy Temple at the North Gate of the Palace, former Minister and State BJP Vice-President V. Sreenivasa Prasad said that the padayatra is being taken out focussing on four prominent agrarian issues such as remunerative price for all farm produce, growing crop based on demand, seasonal cultivation of variety of crops and reaching out the programmes launched by the Union Government under Prime Minister Narendra Modi’s leadership for the welfare of farmers. 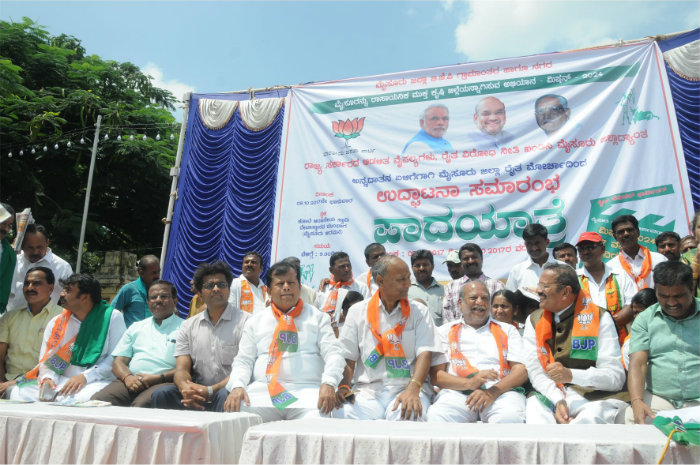 State BJP Raitha Morcha President C.H. Vijayashankar explained the objectives of the padayatra. Replying to a question about speculations of him joining the Congress, Vijayashankar said that he was working in Periyapatna for over three years after informing the BJP High Command. But now, he was disappointed that his work all these years was ignored. However, the party leaders have assured him that the issues will be addressed soon, he said. District BJP President Kote M. Shivanna, former MLC Siddaraju, and others were present.