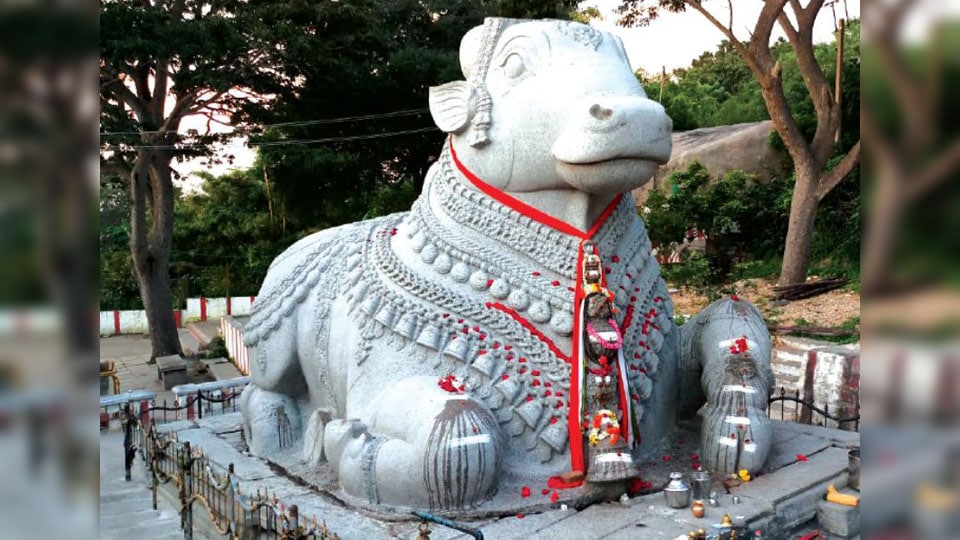 Mysuru: The majestic Nandi statue on the way to Chamundi Hill has turned white from black, surprising tourists and visitors who have been seeing it since ages.

Reason: The Archaeological Department has cleaned the statue using high-power water jets, washing off oil and other deposits that had accumulated on it since years. 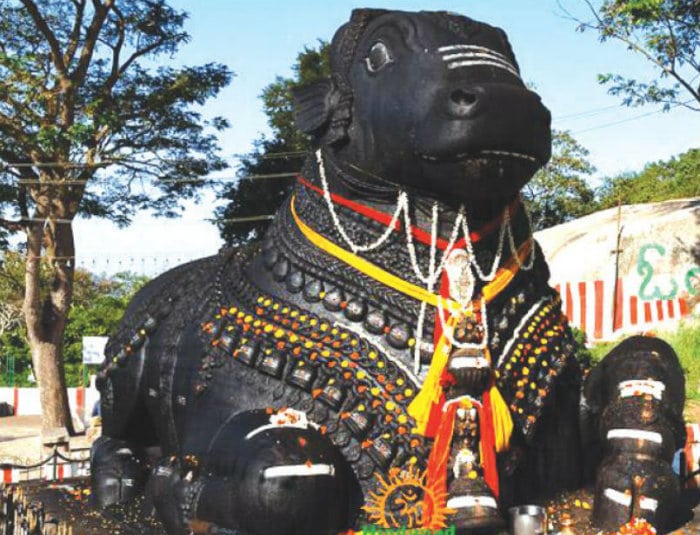 The monolithic statue of Nandi is a major tourist attraction. The statue, reckoned to be at least 350 years old, was sculpted during the period of Dodda Devaraja Wadiyar who ruled from 1659 to 1673 and is the only one of its kind in the State. The statue is 3,489 ft above sea level.

Though Nandi is found adorning Shiva temples, this is one of the few standalone statues, measuring about 15 ft in height and 24 ft in width, carved out of a single boulder.

Easily accessed either by road or steps, tourists usually stop by  the statue for a photo opportunity with the statue crouching on a cement base surrounded by a black, iron gate.

Following reports in a section of media that chemicals have been used to clean the statue, the Archaeology Department officials have clarified that they have not used a drop of chemical to clean the structure. “We have used high-power water jets to clean the oil deposits on the statue that had turned it black. As it is a heritage structure, we have been very careful while using high-pressure water too,” said S.R. Venkatesh, Assistant Executive Engineer, Department of Archaeology. High-speed water jets are commonly used to clean stone structures all over the country and the department has followed standard operating procedure and the statue has not been polished as reported in the media, the officer said.

“The centuries-old structure, after being built, was rubbed with coconut oil to prevent it from cracking. Also, since many years, rituals like Abhishekas were performed on the statue. This had resulted layers of deposits of oil, dirt and dust on the statue that had turned black due to environmental heat. The colour of the statue has now changed as it is clean,” Venkatesh said.

These days devotees get various types of Kumkum and Turmeric that have been prepared using harmful chemicals and they are bright in colours. “These colours cause damage to the statue and at the same time cause skin diseases. These chemicals can potentially lead to cracks on the statue and we request devotees not to bring such chemicals here,” he added.

2 COMMENTS ON THIS POST To “Black Nandi statue atop Chamundi Hill turns White !”