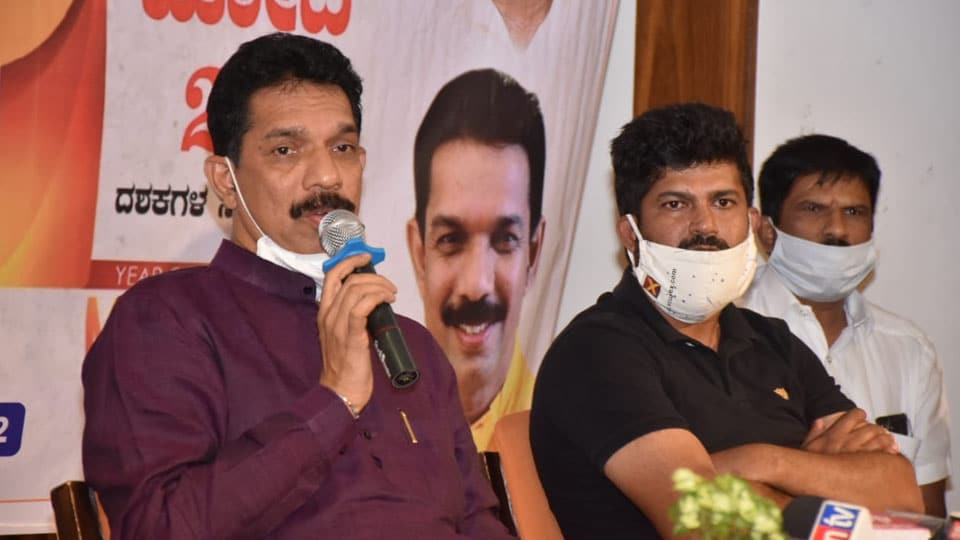 Tumakuru: Even as the debate over continuance of Kannada and Culture Minister C.T. Ravi in the Yediyurappa Cabinet continues to rage in the party circles after his appointment as the Party’s National General Secretary, State BJP President Nalin Kumar Kateel said that Ravi should voluntarily quit the Cabinet by sticking on to ‘one man one post’ policy of the party.

Speaking to press persons after addressing party workers in the wake of Sira Assembly by-poll at Tumakuru yesterday, Kateel said that Ravi has himself said that his resignation letter is ready and he would submit it whenever the party asks him to.

Pointing out that Ravi should voluntarily quit the Cabinet in accordance with the BJP’s unwritten policy of ‘one man one post,’ Kateel said that he hopes that Ravi will quit on his own.

Referring to Hathras gang rape and murder case in UP, Kateel accused Congress leader Rahul Gandhi of politicising the issue for the sake of vote bank.