Home » News » Will leave for Delhi after getting Amit Shah’s appointment: CM 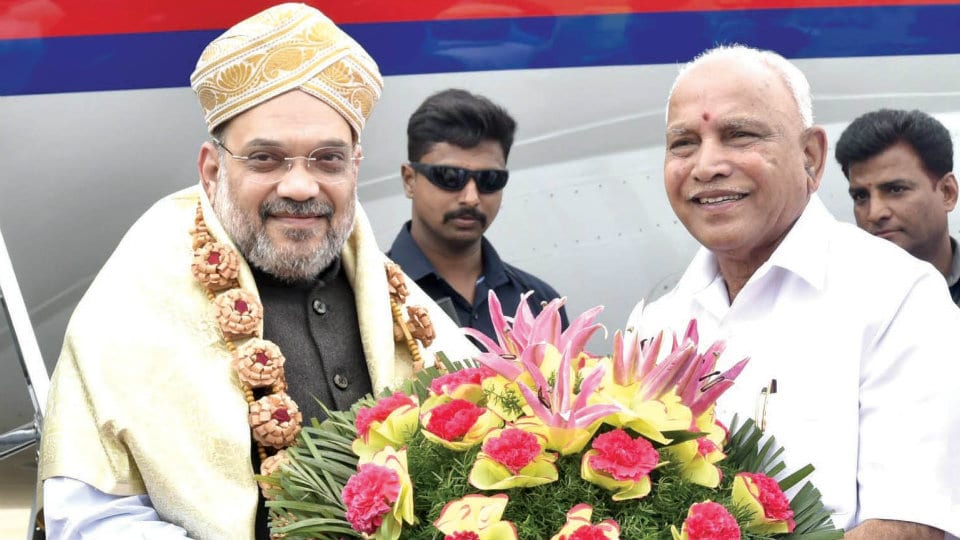 Will leave for Delhi after getting Amit Shah’s appointment: CM

Bengaluru: Seeking to put to rest all speculations about his Delhi visit plans, Chief Minister B.S. Yediyurappa on Friday categorically said that he will leave for the national capital only after getting an appointment for a meeting with Union Home Minister Amit Shah, during which he would discuss the issue of Cabinet expansion.

Responding to press persons at Vidhana Soudha on Friday, Yediyurappa said that he has sought an appointment with Amit Shah and he would leave for Delhi soon as he gets it.

Noting that there is little possibility of Cabinet expansion for now as the schedule for by-polls to Sira and R.R. Nagar Assembly segments has been announced by the Election Commission, the CM said that, however, he would visit Delhi before the by-polls, during which he will raise the issue of Cabinet expansion with the party top brass.