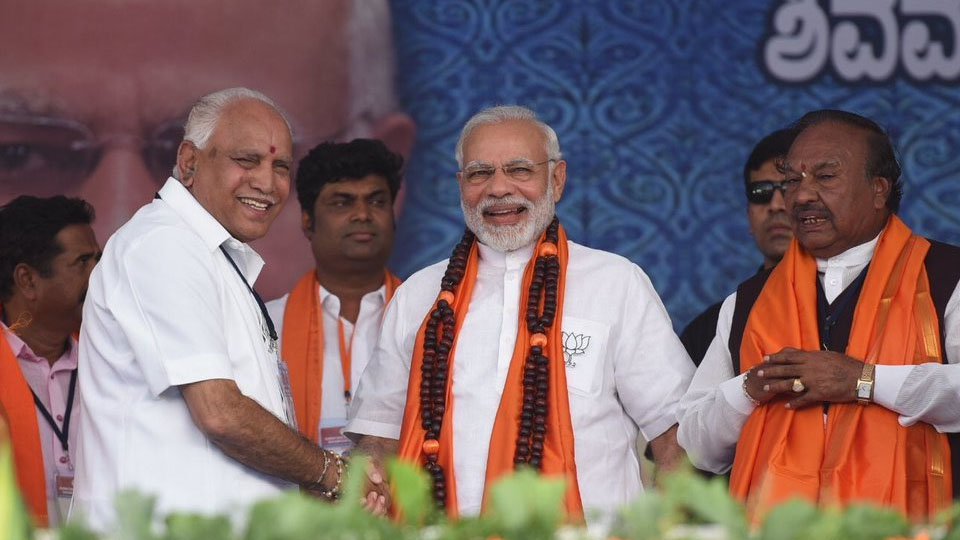 Bengaluru: A jubilant BJP today termed the party’s spectacular win in Karnataka as “historic” and asserted that the people of Karnataka have rejected the “toxic and negative politics of Congress.”

“This is a historic victory… and the victory of Narendra Modi-led campaign and people of Karnataka irrespective of caste and creed reposing their faith in Prime Minister’s programmes and policies,” Union Minister and BJP leader Ravi Shankar Prasad told reporters.

He said the BJP is indebted to the people of Karnataka as all sections of people have voted in favour of developmental agenda of the Prime Minister.

Senior party leader Ram Madhav stated that the people of the State have opted for a “decisive” mandate in favour of the saffron outfit. “Trends indicate that the voters of Karnataka have opted for a decisive mandate. Hard work, strategy and mesmerism of Modi-Shah combine pulled off another victory for BJP,” Madhav tweeted.  The BJP central leadership has deputed Union HRD Minister Prakash Javadekar to rush to Bengaluru.

In Delhi, Javadekar had a one-on-one meeting with BJP National President Amit Shah.

Sharing her joy, Defence Minister Nirmala Sitharaman said, “The people of Karnataka have lauded the developmental plank of PM and decisively rejected the divisive, toxic and negative politics of Congress party”.