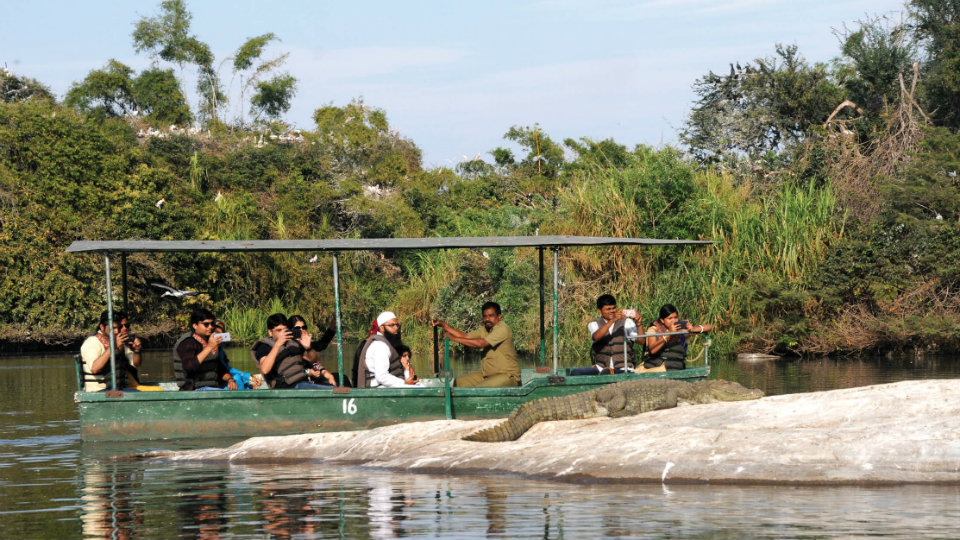 Since the last three days, water was being released through five crest gates of KRS Dam and since yesterday, two crest gates were closed. The water level at KRS yesterday evening stood at 88.12 ft with an inflow of 641 cusecs. As the result of water being let out since three days, the water level at the reservoir is reduced by 1.48 ft., said an official of Cauvery Neeravari Nigam.