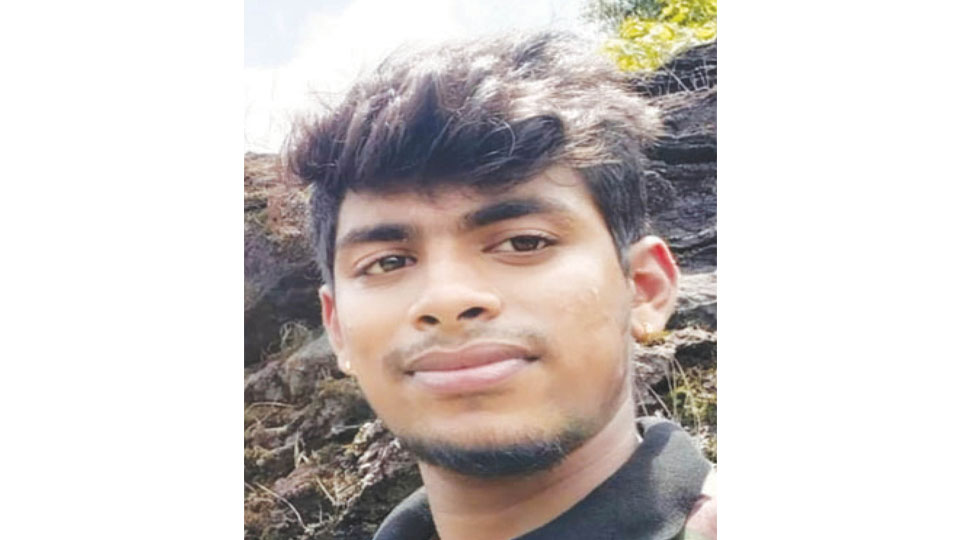 Madikeri: A Forest Watcher, who had gone missing during combing operation near V. Badaga village in Makuta Reserve Forest limits, has been found dead and his body was fished out from Kokka River yesterday. Police, Fire and Emergency Services and NDRF personnel along with expert swimmers and divers from Mangaluru traced the body of Forest Watcher identified as Tarun Kumar (23).

A native of Domlur in Bengaluru, Tarun was deployed as Forest Watcher at Kokka Camp. On Sept. 23 evening, Tarun, along with a team of four members were conducting a combing operation near V. Badaga village when Tarun went missing under mysterious circumstances.

Forest Department staff along with Police personnel rushed to the spot and launched a search operation to trace Tarun but in vain. They suspected that he may have slipped and fell into Kokka River, which flows in the forest.

Meanwhile, teams from Fire and Emergency Services and NDRF were summoned and they along with Police launched a search operation to trace the body of Tarun in the River till Sunday evening but the body was not found.

The search operation resumed yesterday morning and at about 8.30 am, Fire personnel along with expert divers and NDRF personnel, who dived into the river in scuba diving gear, fished out the body.

The body was shifted to Virajpet General Hospital, where post-mortem was conducted and it was handed over to the family members of Tarun. Based on the complaint from Tarun’s father Muniyappa, Police have registered a case.

District Deputy Conservator of Forests (DCF) Shivaram Babu, who visited the hospital, consoled the family members of Tarun and assured them of providing Rs. 2 lakh compensation immediately. He further said that the Government benefits would be provided in the coming days.

Virajpet Dy.SP Niranjan Raje Urs, Rural Inspector Ravikumar, Inspector Sridhar and others were present during the conduct of post-mortem.