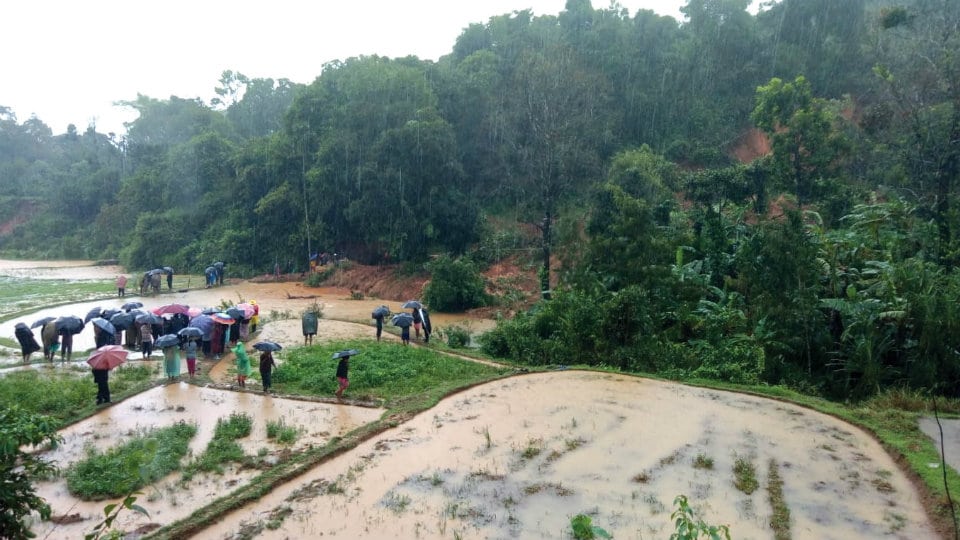 Crops grown in 86,000 hectares washed away in Kodagu floods

Madikeri: The Kodagu district which was devastated by last year’s floods, lost  crops grown in over 86,000 hectares due to the floods.

Pointing out that farmers have been paid Rs.10,000 per hectare in addition to the input subsidy, over and above the guidance value notified by the Union Government under SDRF/NDRF guidelines, Patil said that the additional cost has been borne by the State.

Pointing out that farmers have been paid input subsidy of Rs.16,800 for rain-fed crops and Rs. 23,500 for irrigated crops, Patil said the total amount paid to farmers as input subsidy stands at Rs.10,093.38 lakh and a total of 38,900 farmers in Kodagu have been benefited.

Replying to another question, the Minister clarified that the Agriculture Department itself was not directly purchasing agricultural equipment from dealers and agencies, but was only providing subsidy to the equipment purchased by farmers as a measure to encourage  farm mechanisation.