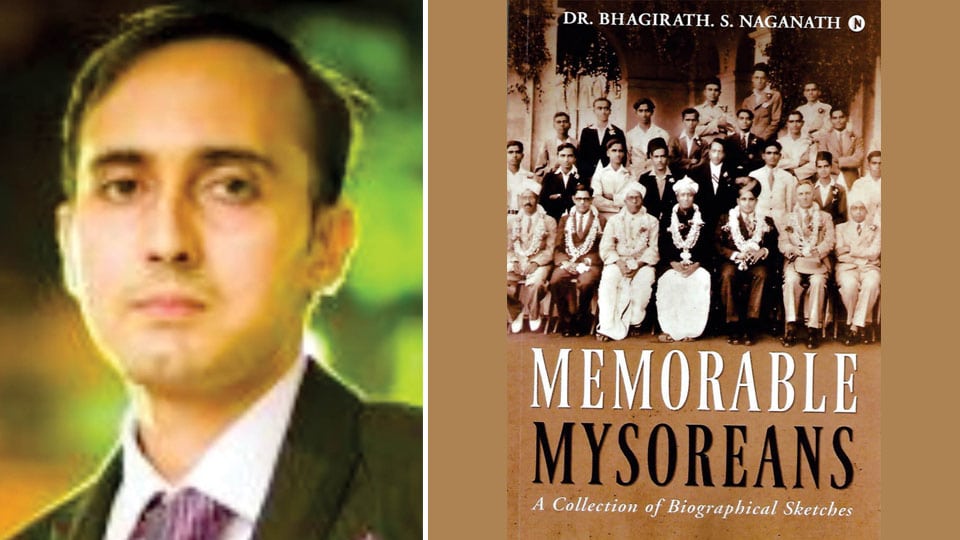 Mysore city has several epithets — Heritage City, Cultural City, Educational City, Capital City, a Planned City, Garden City, Yoga City and many others as well. Among all of them, it being called a Cultural City would encompass most other qualities attributed to Mysore. Because culture is an amalgam of excellence in every human field and long-standing values.

Mysore has been known for its excellence in Arts, Music, Dance, Drama, Architecture, Temples and Educational Institutions. University of Mysore is hundred years old, its Maharaja’s College is older than a century, so also Yuvaraja’s College and Maharani’s College have a standing of more than 60 to 70 years. The National Institute of Engineering (NIE) is one of the oldest such Colleges in the country with its own name and fame. Mysore Medical College (MMC) is one of the oldest in Southern India. Sanskrit Patashala and Oriental Research Institute (ORI), Mysore, have their own renowned history and contributions.

Such cultural activities and institutions became the norm of the city mainly because of Royal initiatives and patronage. Consequently, over a period, city became home for hundreds of eminent people in every walk of city’s cultural life. They became the symbol of excellence in their respective fields. However, with the arrival of national Independence and democracy, Royalty ended.  And so also Mysore’s pre-eminence in the fields which were the hallmark of the city. Names of eminent men and women of the past abated from the memory of the post-dependent generation.

The title of the book is self-explanatory. It is a book containing biographical ske-tches of eminent people who made Mysore proud. This book is unique in many ways.

First, this book is an example of contributions to the recollection of cultural heritage of the city by Star of Mysore, our daily evening English newspaper. Most of the contents of this book were published as feature articles by Star of Mysore between 2016-2020.

Second, this book is the outcome of a suggestion by the Centenarian lexicographer and littérateur, late G. Venkata-subbiah who wanted that these feature articles be collected in one place as a book.

Third, the book contains twenty biographical sketches of what the author calls as “remarkable personalities… stalwarts and their lasting contributions left behind a lasting legacy on the intellectual landscape of Mysore and India on the whole.”

Fourth, the biographical sketches are fully supported and enriched by 144 relevant photographs of bygone era.

Fifth, this book is a product of diligent research work as can be seen from the references at the end of each write up and the list of 65 Biography and Sources of Reference at the end of the book.

Sixth, the author of this book belongs to younger generation and that too a medical doctor by profession. And he has a credible ancestry — he is the grandson of eminent historian and Indologist Dr. S. Srikanta Sastri.

Seventh, writing style of the author is befitting the historical narrative and makes a reader to stick on to the book till it is fully read.

Lastly, as the author states on the back page, “More than just a chronicle of academicians and writers, this book serves to encapsulate a glorious era in Mysore’s history, where genuine merit, scholarship and integrity meant more than base notions of caste, corruption and nepotism.”

Typography used and the overall presentation of the book is aesthetically attractive and easy to read. From the point of view of the rich content of the book, the price is also reasonable.

Memorable Mysoreans is a must book for the younger generation of Mysoreans who love Mysore for all its past glory, but might not have had the opportunity to get acquainted with its stalwarts and eminent men and women who contributed to the glory of city’s bygone era.

Hope, Star of Mysore will continue to inspire many more young writers to bring out their write-ups as books.