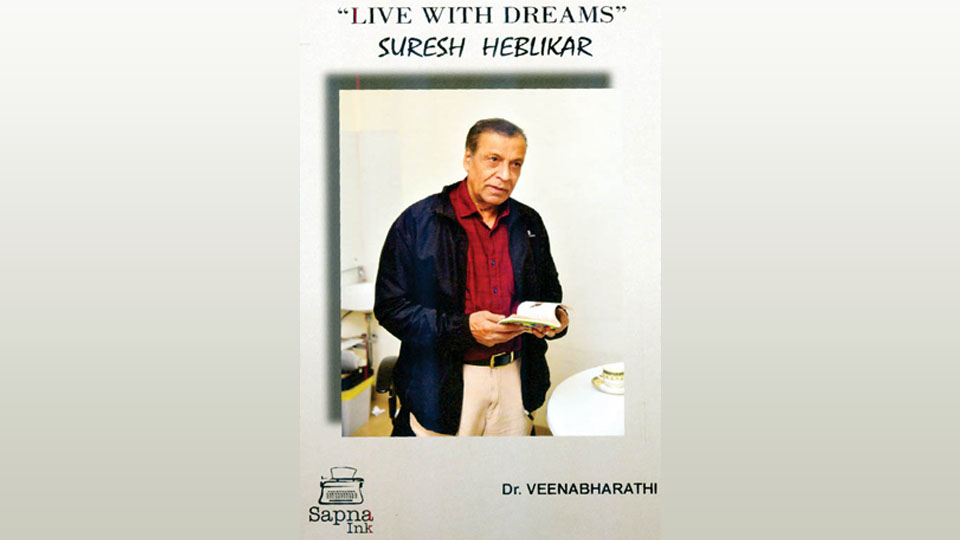 Capturing the personality of the calibre of a multi-talented and multi-faceted individual like Suresh Heblikar in a small book is indeed a very difficult task. But Dr. Veena Bharathi has managed to do just that in the book titled “Live With Dreams – Suresh Heblikar” where she has traced the life and times of this dreamer with a sense of wonder.

Tracing back to the crush she and her classmates, all students of MBBS, had on Suresh Heblikar, when they watched the suave, romantic, dreamy eyed hero, in the movie ‘Aalemane’ in 1981 to the time she interviewed him for a Kannada  TV channel last year, she takes the readers through various facets of the actor, director, movie-maker and above all, now an environmentalist.

Recalling how shy and introspective Heblikar was in his childhood, Dr. Veena Bharathi reveals his interest in nature, when he says, “In retrospect, I probably always used to feel that water was my soul, since I love the lakes, small water bodies and, of course, also the trees and farm lands.”

Heblikar, who was born and brought up in Dharwad, completed his education there and while doing Post Graduation in Economics came across Prof. Mahale, a Goan who had come to teach in the Department of French and organised a film workshop. Dr. Veena Bharathi writes that it was due to the influence of this French Professor that he entered the world of films.

After traversing through the many movies and plays that Heblikar has acted or directed in, comes the chapter “Crusader for Mindscape and Landscape” wherein she describes how he has made nearly 25-documentary films over the last two decades which depicts the reason for environmental degradation and what measures can be taken by the society, civic authorities and the government in preserving ecological balance.

Eco Watch, an NGO started by Heblikar in 1998, is now being handled by his only son Akshay Heblikar, who have together played a key role in implementing Urban Forestry Projects, establishing bio-diversity parks in and around Bengaluru, setting up of tropical gene-bank of important species in Belgaum district, management of projects through rainwater harvesting and ground water re-charge, she notes on a bright note.

The 82-page book by this author, who has been writing from the age of eight, a child prodigy, ends with a few published articles on environment by Suresh Heblikar.

Dr. Veena Bharathi is a medical graduate from Mysore Medical College and Research Institute. She holds a Post-Graduate Degree in Health Management and has been a research associate working under IIM Professors and Dr. H. Sudarshan (tribal doctor at B.R.Hills and winner of Right Livelihood award). She was the first lady medical intern, who worked for Dr. Sudarshan’s VGKK Hospital (Vivekananda Girijana Kalyana Kendra) in August 1985, at B.R.Hills. 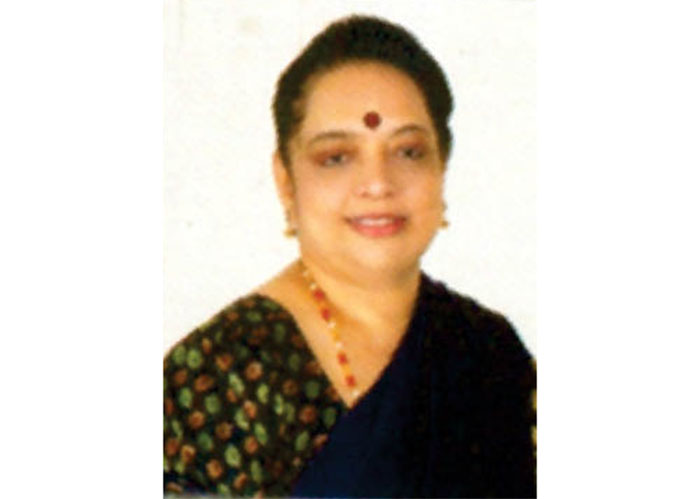 Dr. Veena Bharathi is the first writer who profiled Neerja Bhanot (the chief-flight purser of the hijacked PAN-AM-Flight, who gave up her own precious life to save many passengers of the flight at Karachi, in September 1986.). Dr. Veena received ‘The National Magnum Award’ for the same write-up. She is also the recipient of “Kitturu Rani Chennamma” Award for Literature in March 2015 by the Karnataka Government.