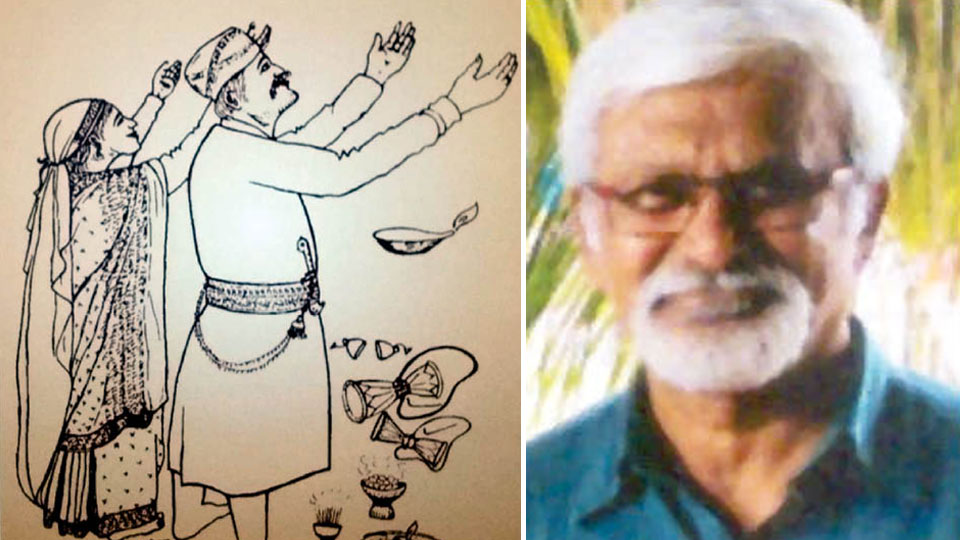 It is a unique book on the death-related rituals of Kodavas to be followed by Kodavas living outside Kodagu in cities like Mysuru and Bengaluru. The book explains customs and traditions to be followed after a person dies.

According to the author, Kodavas living in other towns and cities are finding it very difficult to follow all the rituals connected to death as is being followed in Kodagu. Many rituals are being left out and many are being performed wrongly. The book has been written after a year-long research.

The book is in two parts — from the time of death till cremation and after cremation till the completion of Deeksha. The author says there is no need for any priests as the rituals will be conducted by a Kodava “Aruva”. The book is written in Kannada with Kodava names of all rituals and it is a must-read for a Kodava.

Born in Kodagu on Jan.1, 1950 to Nellamakkada Bopaiah and Nanjamma, Kaverappa served as a teacher and also the judicial department. Since childhood, he was interested in art and writing and he studied art from M.T.V. Acharya who was a painter, illustrator and art educator, most famous for his work for the popular Indian children’s magazine Chandamama.

In 1994, Kaverappa established Bharani Art Gallery, the first private art gallery of Mysuru. This is the only private gallery that is given free for artists along with a guest room. So far, Bharani has conducted more than 100 exhibitions. He has also written a book in Kannada on the life and sculptures of artist Kiran Subbaiah. He has translated two books for Lalitha Kala Akademi.

Copies of the book are available at Mysuru and Bengaluru Kodava Samajas. The author can be contacted on Mob: 94485-54221. – OSR