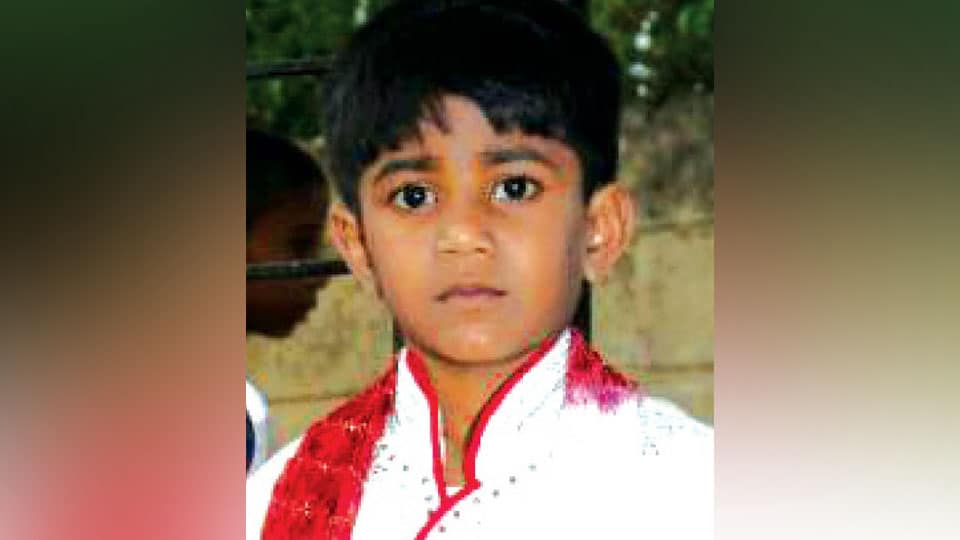 Kushalnagar – An expert committee set up to investigate the death of 7-year-old Bhupin at Cauvery Hospital in Siddarthanagar Nagar in Mysuru has submitted its report. Based on a complaint filed by the father of the boy, the Karnataka Medical Council (KMC) has issued a notice to the hospital and sought an explanation from them within the next 15 days.

Bhupin, son of V.P. Mukesh, a newspaper distributor in Kushalnagar, was admitted to the hospital on Mar. 3 as he was suffering from pain in the urinary tract.

As the boy died during a surgery in the hospital, his parents lodged a complaint of medical negligence demanding the intervention of the Health and Family Welfare Department.

According to the parents, Bhupin was taken to the Operation Theatre on Mar. 3 evening. They claimed that their son’s condition worsened inside the OT that led to his death while the doctors at the hospital kept on assuring them that their son was stable and was under observation.

After a few hours, they asked them to shift the boy to some other hospital and sometime later, doctors told them that Bhupin had died, parents alleged.

Following the death, parents and relatives staged a protest in front of Cauvery Hospital alleging negligence by doctors.

Mukesh then lodged a Police complaint and the committee was constituted by the Health and Family Welfare Department.

The five-member team, led by Dr. B. Krishnamurthy, Dean of Mysuru Medical College and Research Institute (MMC&RI), has submitted the report to DHO Dr. B. Basavaraju. The report would be forwarded to the Department Commissioner.

The DHO had issued two separate notices to the hospital after registering a case under Karnataka Private Medical Establishments Act.

Based on a complaint lodged by Mukesh, KMC has issued a notice to the hospital and has sought an explanation from Hospital Chairman Dr. Chandrasekhar and others including Dr. Sarala Chandrasekhar, Dr. Keshav, Dr. R.M. Aravind, Dr. Shivu and Dr. Vaidyanathan.

Alanahalli Police have sent samples taken from Bhupin’s body to the forensic laboratory for tests.