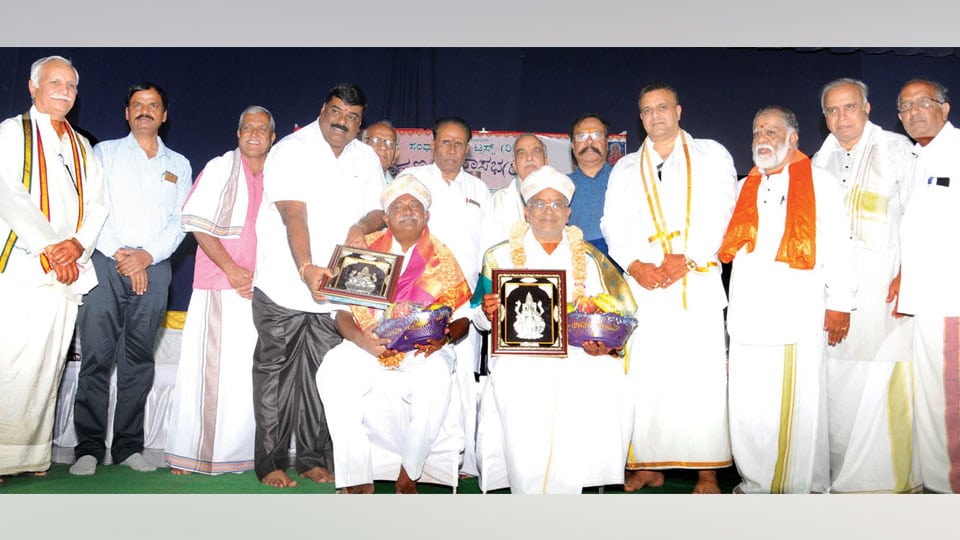 Speaking on the occasion, State JD(S) President A.H. Vishwanath regretted that of late, a lot of criticism have been levelled against the Brahmin Community.

At the beginning of the programme, floral tributes were paid to a portrait of former Prime Minister late Atal Bihari Vajpayee.

Devegowda and Vishwanath were felicitated on the occasion.

Pratibha Puraskar was presented to students who had excelled in SSLC and PU examinations.