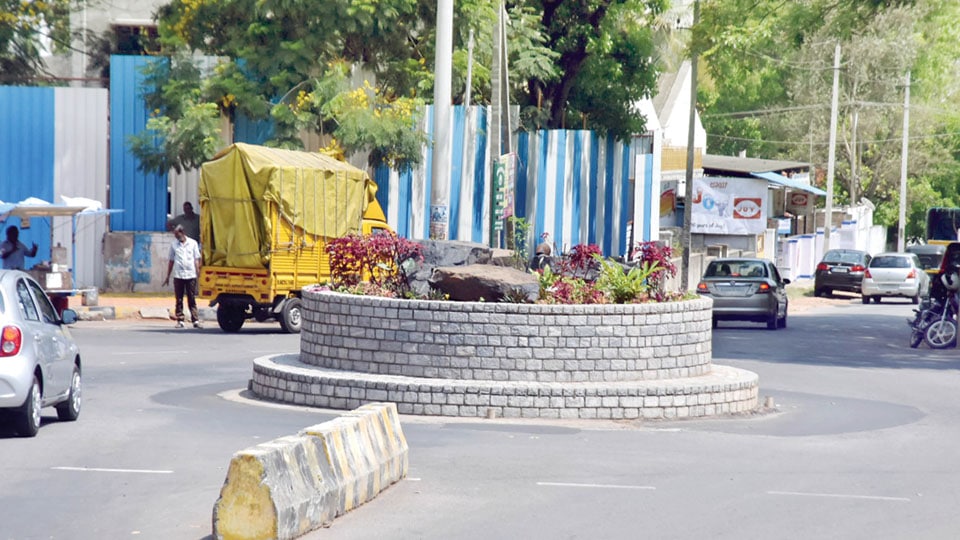 The Mysuru City Corporation (MCC) had some time back proposed to install a statue of R.K. Narayan playing with Swami. Narayan wrote the novel in 1935. Swami is also a character in the serialisation of many of his stories in the television series ‘Malgudi Days’.

The MCC has already converted the acclaimed writer’s house on Vivekananda Road  in Yadavagiri into a Museum.

City-based Siddhartha Group, owned by P.V. Giri and family, had submitted a proposal to the MCC to convert the Circle into ‘Swami and Friends — An artistic approach to Circle Sculpture’. The MCC Council in its meeting held in the last week of February approved the project.

MCC Commissioner Gurudatta Hegde has said that the Council approved the project as it was proposed by a private party and works will be completed soon. “The place will be a tourist attraction,” he added.

The three characters will be looking towards R.K. Narayan’s house road for arrival of Rajam and other friends or the author himself or a ‘wait’ which is frozen in time.

This will be the first such Circle Sculpture in city where a social and literary personality is celebrated and commemorated not through statues but through the characters that have been created by the personality.

The Circle will look beyond the usual ways and create a new approach to celebrate the great people of our country and the State. This will certainly set precedence for future Circle Sculptures in Mysuru and such initiatives will add new destinations for heritage walks and cycle tours across the city, said a note from Siddhartha Group that has taken this initiative.

The Circle will be the second permanent structure as a tribute to Rasipuram Krishnaswami Iyer Narayanaswami (R.K. Narayan (1906-2001), the first one being his house that has been converted into a Museum on the lines of the Shakespeare’s Memorial at Stratford-upon-Avon in Warwickshire, United Kingdom.

‘Swami and Friends’ is the first of a trilogy of novels written by R.K. Narayan. The novel is set in British India in a fictional town called Malgudi. The second and third books in the trilogy are ‘The Bachelor of Arts’ and ‘The English Teacher’. This novel was adapted by actor-director Shankar Nag into TV series ‘Malgudi Days’ which became an extraordinary success story.

P.V. Giri and family have been art patrons since many decades. They have sponsored artistic events and the most successful  being ‘KHOJ 2002’ and the recent artistic workshop held at various galleries in city culminating at the amphitheatre in Windflower Resorts. This is the Group’s first public art installation for Mysuru city.