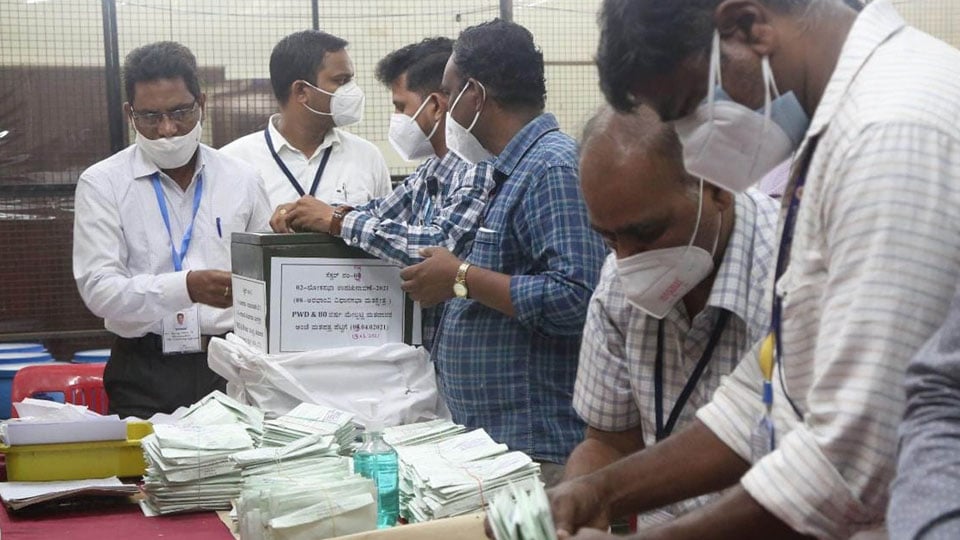 Mysore/Mysuru: In what can be said as a jolt to the ruling BJP in the state, the Party won only one of the two Assembly segments, while it was trailing in the Belagavi Lok Sabha seat, which went to the by polls on Apr.17.

The counting of votes for Maski (Raichur district) and Basavakalyan (Bidar district) Assembly segments and Belagavi Lok Sabha seat was taken up this morning along with the General assembly polls for four states and one union territory.

In Maski, Congress candidate Basanagouda Turvihal maintained a comfortable lead right from the first round of counting, and eventually won the seat by a big margin. However, the Basavakalyan Assembly segment went in favour of the ruling BJP, whose candidate Sharanu Salagar, won by a huge margin, defeating Mala Narayanrao of the Congress.

The Belagavi Lok Sabha seat, which has caught the attention of the country, is witnessing a see-saw battle between BJP candidate Mangala Angadi and Satish Jarkiholi of the Congress. Satish Jarkiholi was leading by a margin of 10,000 votes when we went to the press.

The Belagavi Lok Sabha by-poll was necessitated by the demise of Union Minister Suresh Angadi, who passed away in September last.