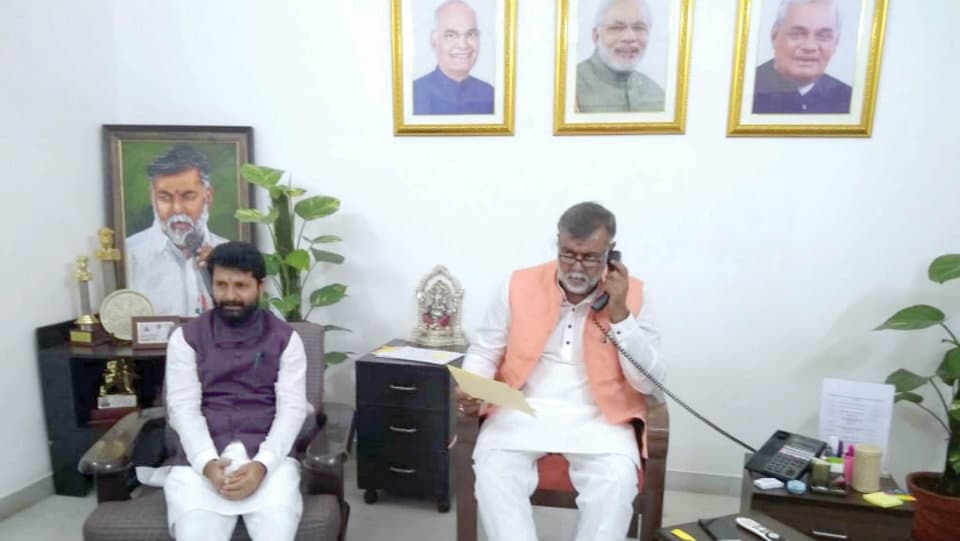 State Tourism Minister C.T. Ravi called on Union Tourism Minister Prahlad Singh Patel at his home office in New Delhi this morning and extended invitation to take part in the ‘Hampi Utsav’ to be held later this year.