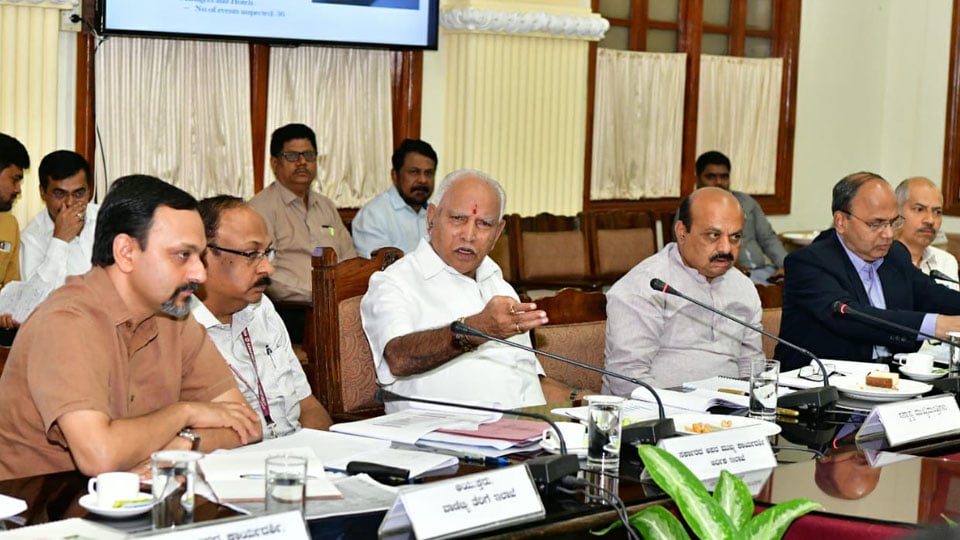 Bengaluru: Chief Minister B.S. Yediyurappa (BSY) yesterday said the much-awaited Cabinet expansion will take place within10 days and that he wants to complete the exercise before his proposed visit to Davos to attend the World Economic Forum meet later this month.

“Cabinet expansion has to be done in a week or 8-10 days. There is also information that Amit Shah will be coming to Bengaluru on Jan. 16 or 18. Before that I will go to Delhi and get things cleared and will expand the Cabinet at the earliest,” Yediyurappa said.

Speaking to reporters here, he said, he wanted to complete the exercise before his Davos visit. “I will make all efforts to expand the Cabinet before that,” he said.

With Yediyurappa making it clear that 11 of the disqualified JDS-Congress MLAs who got re-elected in the Dec. 5 by-polls on BJP tickets will be made Ministers, lobbying has been on within the party for the remaining Ministerial berths. Currently, there are 18 Ministers, including the Chief Minister, in the Cabinet that has a sanctioned strength of 34.

Cabinet expansion will not be an easy task for the Chief Minister as he will have to strike a balance by accommodating the victorious disqualified Legislators as promised and also make space for the old guards, upset at being “neglected” in the first round of the induction exercise.

He also has to give adequate representation to various castes and regions in his Cabinet and also deal with the allocation of key portfolios.

The Chief Minister, who has indicated that the expansion may take place any time after Sankranti, is likely to travel to Davos on Jan.20, according to sources.

Yediyurappa, along with Union Ministers Piyush Goyal and Mansukh Mandaviya, as well as Chief Ministers Amarinder Singh, Kamal Nath, are expected to join over 100 Indian CEOs at Davos in Switzerland later this month for the WEF’s 50th annual meeting, which will be attended by thousands from across the globe.