Home » News » Captured tigresses may not return to wild 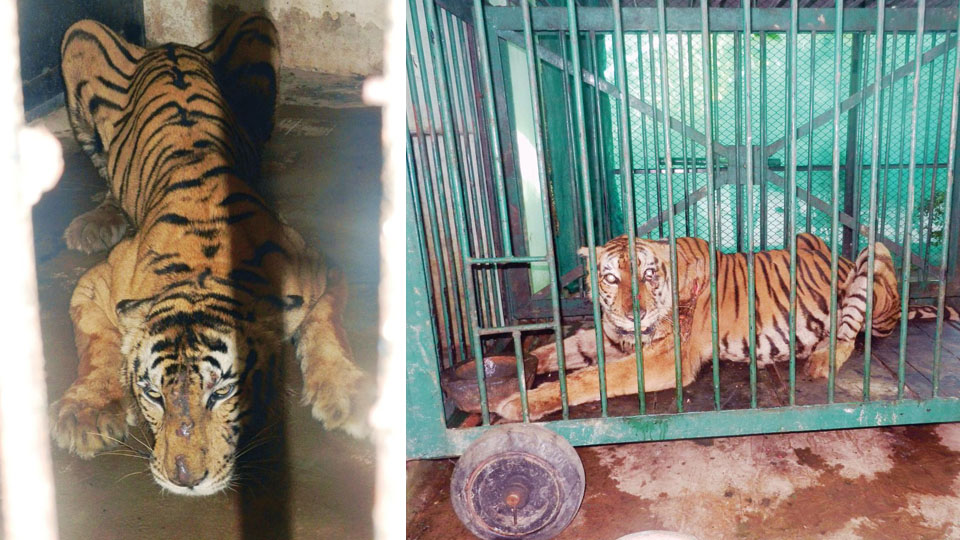 Captured tigresses may not return to wild

The two wild cats are suffering from dental attrition (Dental attrition is a type of tooth wear caused by tooth-to-tooth contact, resulting in loss of tooth tissue, usually starting at the incisal or occlusal surfaces)  and old age making them incapable of hunting animals which usually result in such wild cats entering human habitats looking for easy prey.

A Forest Official said that it would be risky for both humans and domestic animals if the two tigresses are released into wild.

Meanwhile, the two wild cats which are being treated at the Mysuru Zoo were responding to the treatment and the Zoo authorities would take a decision on whether to release them back to the forest or house it in the Zoo only after discussing with higher authorities.

Mysuru zoo
German Press closure move: Employees on indefinite stir
Gone Away: To Germany & Austria – 3: A Day Out looking at Down Town Berlin