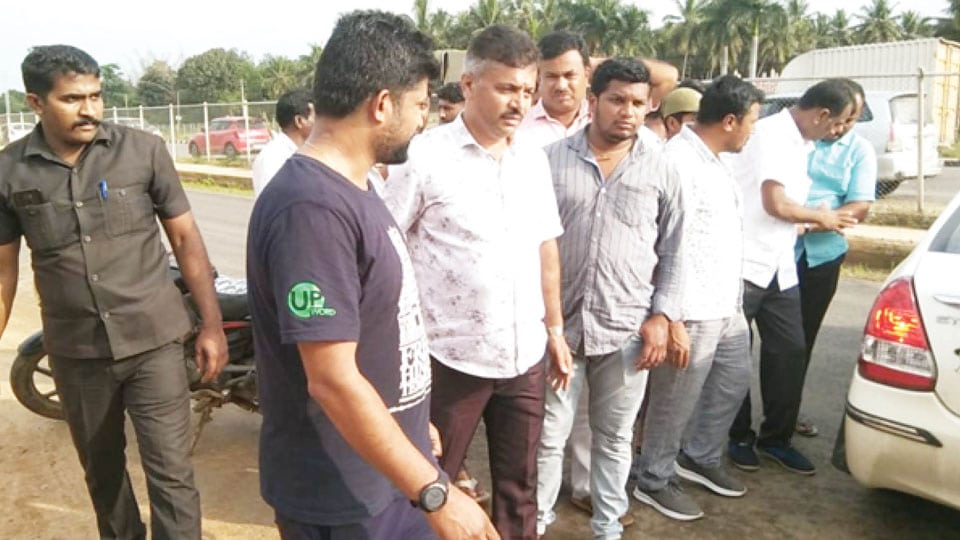 A group of people were travelling in a Toyota Innova MUV when the driver lost control of the vehicle as one of the tyres of the car burst and toppled. Due to the impact, the vehicle toppled and was dragged for about 100 mts. before coming to a halt.

Meanwhile, MP Pratap Simha, who was having his lunch at a hotel nearby, rushed to the accident spot and with the help of localites, managed to rescue the car occupants, arranged for another vehicle and helped the car occupants reach Bengaluru. MP also summoned a crane, got the vehicle cleared from the road and handed it over to the Police.

Meanwhile, a few TV news channels began to telecast the news by showing the photographs of the accident and stating that the MP’s car had met with an accident.

Soon, Pratap Simha, clarifying about the news, stated that the car which toppled was not his and he only helped in the rescue of accident victims and sent them to Bengaluru by arranging another vehicle for them.

Giving a piece of advice, the MP said that nobody stopped their vehicles to help the victims of the accident and just passed by. One should help accident victims out of humanitarian concerns, he added.