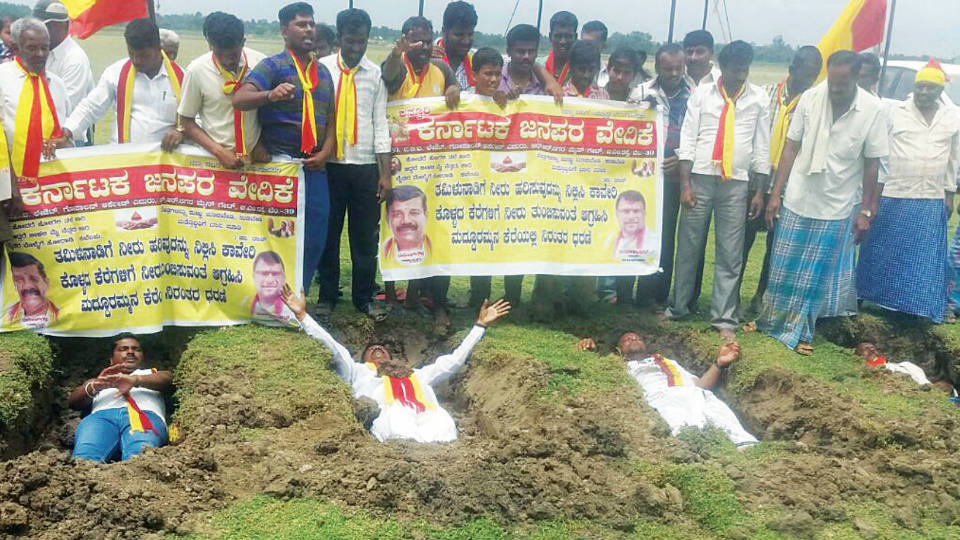 The protesting farmers, under the banner of Kannada Janapara Vedike came to Maddurammanakere, dug pits that resembled graves and slept inside covering themselves with mud. Shouting slogans that releasing water was equal to burial of farmers on the Cauvery basin, activists pleaded the State Government and Supreme Court to come to the rescue of farmers.

They demanded that the State Government authorities should come to the spot and pour mud on them, instead of clandestinely releasing water amidst tight security. Today’s half-burial protest was the continuation of the Vedike’s six-day protest against the release of water.

Meanwhile, security has been tightened in Mandya following the final hearing on the issue of sharing of Cauvery water in the Supreme Court.

More than 2,000 Police personnel from Mandya as well as adjoining districts took out route marches in sensitive areas across the district yesterday.

The SC hearing is expected to continue for the next 15 days.