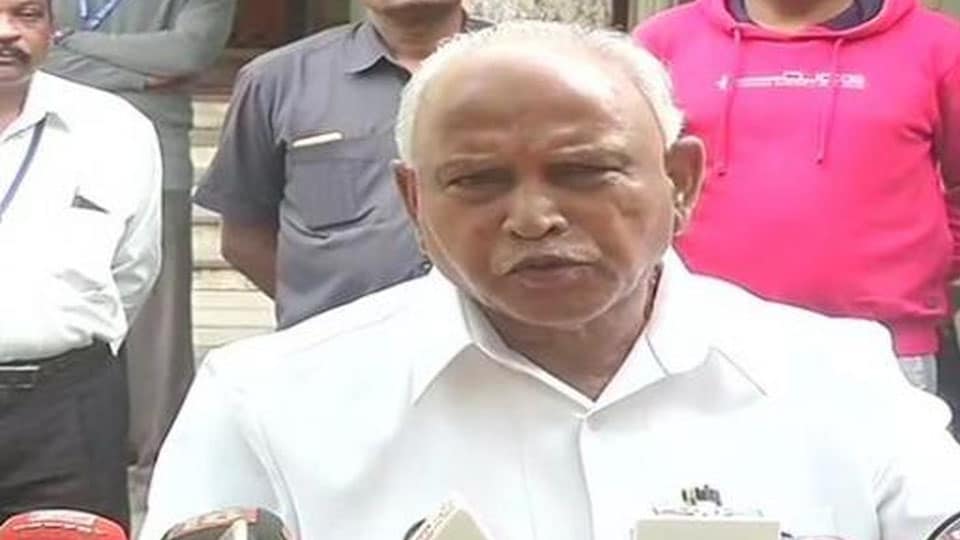 Bengaluru:  Chief Minister B.S. Yediyurappa said this morning that the investigation into the alleged phone tapping scandal will be handed over to the Central Bureau of Investigation (CBI).

The allegations of illegal phone tapping is stirring up a storm in the State that has witnessed one political crisis after another in the last one year and leading to the collapse of the H.D. Kumaraswamy-led coalition Government last month.

“All political leaders, including Congress Legislature Party leader Siddharamaiah, has sought a high-level probe into the scandal. So I have ordered a CBI probe into it,” Yediyurappa told media persons outside his residence at Dollars Colony in Bengaluru.

An audio recording of a telephone conversation between one Faraz Ahmed and incumbent Bengaluru Police Commissioner Bhaskar Rao, where the latter was heard lobbying for the Commissioner’s post, was leaked to the media days after Rao took charge. Rao took over as Commissioner on Aug. 2, replacing Alok Kumar who had served in the post for just over a month.

Sandeep Patil, Joint Commissioner (Crime, Bengaluru), submitted an interim report on the issue recommending a high-level probe. As murky details have emerged during investigation, the Officer recommended a top-level probe. While the State Police Chief recommended a probe by the Crime Investigation Department, the Chief Minister opted for a CBI probe.

This comes amidst widespread allegations that Kumaraswamy had got telephones of several politicians and rebel MLAs tapped during the political crisis in June-July.

Former Hunsur MLA, now disqualified for defection, A.H. Vishwanath had alleged the phones of all rebel MLAs were tapped and the former Chief Minister had even “blackmailed” them with exposure of audio tapes if they did not withdraw their resignations.

Vishwanath, once Kumaraswamy’s trusted lieutenant, said that Kumaraswamy had tapped into the phones of Siddharamaiah and also Yediyurappa. Vishwanath accused Kumaraswamy of indulging in criminal activities as he did not trust his own party men and confidantes.

“When 17 disgruntled MLAs (including Vishwanath himself) decided to not support the coalition and tendered resignations, Kumaraswamy had tapped the phones of MLAs and also that of our associates.  A Chief Minister had tapped into the phones of his own party’s MLAs and he used these recorded conversations to blackmail the disgruntled leaders,” Vishwanath said.

Recounting Kumaraswamy’s statement in the House that he “was disgusted with Vishwanath”, the former JD(S) State President said that Kumaraswamy could not have known what he had said to his friends and family if the CM had not listened to the tapped conversations.

Kumaraswamy has, however, denied all allegations of any illegal phone tapping during his tenure till date. “I have always said the chair of Chief Minister is not permanent. There was no need for me to save my chair by illegally tapping phones. All allegations against me in this connection are false,” he tweeted three days ago.

Many BJP leaders including former Chief Minister Jagadish Shettar have directly accused Kumaraswamy. “If the tapping has happened during Kumaraswamy’s time you can understand how genuine he is. To cling to power and chair he has tapped phones of opponents, partner party leader Siddharamaiah and disgruntled MLAs,” Shettar said.

“Those behind it, even if it is Kumaraswamy himself, action should be taken against them in accordance with law,” he demanded.