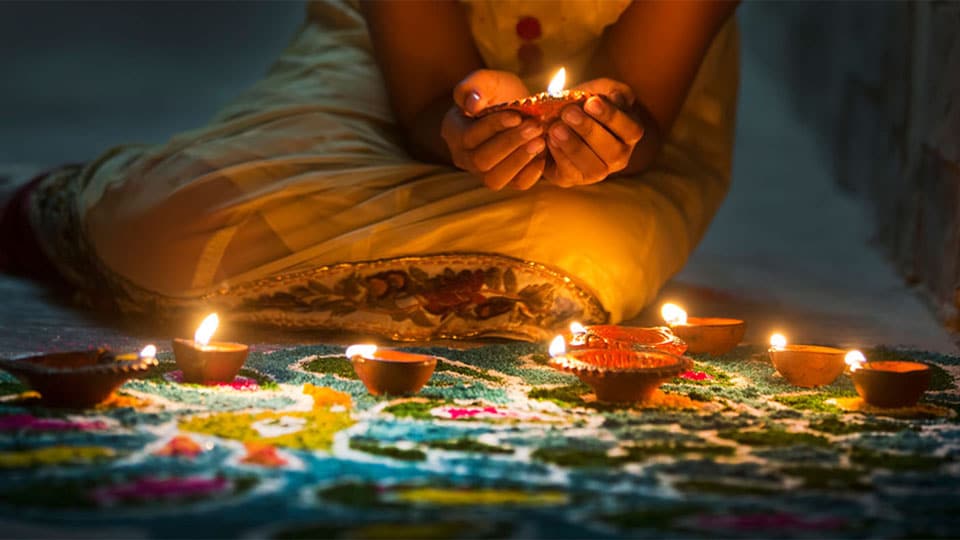 Deepavali is the Hindu festival of lights celebrated every year with pomp and gaiety. Being one of the major Hindu festivals, Deepavali signifies the victory of light over darkness, good over evil, knowledge over ignorance and hope over despair.

The festival which is celebrated during the Hindu month of Karthika witnesses traditional earthen lamps being lit on the housetops, outside doors and windows, around the temples. Before the day of Deepavali, the women clean their houses and this being the biggest festival for the business community; the offices are cleansed before they offer Lakshmi Puja on the second day of the Deepavali which falls on day of Amavasya (No Moon Day).

The name of festive days as well as the rituals of Deepavali varies significantly among Hindus, based on the region of India. In many parts of India, the festivities start with Dhanteras (in Northern and Western part of India), followed by Naraka Chaturdasi on second day, Deepavali on the third day, Deepavali Padva dedicated to wife–husband relationship on the fourth day and festivities end with Bhai Dooj dedicated to sister–brother bond on the fifth day. Dhanteras usually falls eighteen days after Dasara.

In Karnataka, Deepavali is celebrated on the day before and after Amavasye as Naraka Chaturdashi signifying Satyabhama’s victory over Narakasura and as Bali Padyami, the first day of Karthika masa; inviting the greatest emperor of times, Bali Chakravarti to each and everyone’s home. The entire house is cleaned and new clothes are purchased for the entire family which is followed by lighting of oil lamps around the house and bursting firecrackers.

The tradition in Kannada families is that all members gather together for the three-day celebration. The 13th day of the Krishna Paksha is celebrated as “neeru tumbohabba” when the house is cleaned, painted afresh and the vessels are washed, bedecked and filled with fresh water for the festival. The next day is Naraka Chaturdashi, considered very auspicious. People wake up before dawn and apply oil on their scalp and body before taking bath, a ritual known as Tailabhyanjana.

In parts of North Karnataka, this is followed by the women of the house performing aarti to the men-folk of the house. The bursting of the crackers ensues. The next day is Lakshmi Puje on Amavasye and then on the fourth day decorating the whole house and especially entrance with flowers and rangoli to invite Bali Chakravarthi to their homes; also, at the door step, oil lamps is placed along with marigold flowers placed on a small portion of cow dung. In villages, on the third day, Bali Padyami is also known for gopuje (reverence to cows). The cattle at homes are decorated and prayed for good will of the coming year.

READ ALSO  This Deepavali... You can burst crackers only from 8 pm to 10 pm for 4 days 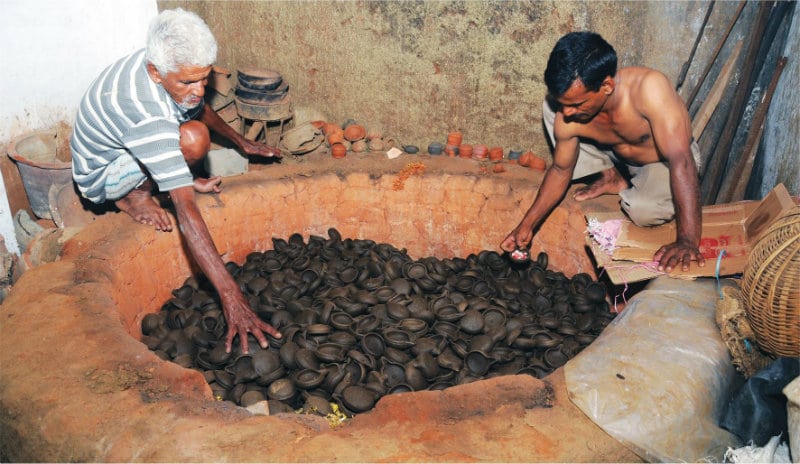 Why are diyas lit on Deepavali?

On Deepavali, each house is lit up with oil lamps, candles and colourful electric lights. Traditionally, the earthen lamps with cotton wicks were lit in most of the houses. However, with the changing modern times, earthen lamps have been replaced by candles in many of the houses. Yet, the concept of the festival of lights remains unchanged.

In the Southern parts of India, people celebrate the victory of Goddess Durga over the notorious demon, Narakasura. Hence, people in South India light lamps on the day of Naraka Chaturdashi to mark the triumph of good over evil, light over darkness. Lighting Lamps is significant in Hinduism because it signifies purity, goodness, good luck and power. The existence of light means the non- existence of darkness and evil forces. Since, Deepavali is celebrated on the new moon day when it is absolute darkness everywhere, people light millions of lamps to get rid of the darkness. It is believed that evil spirits and forces become active when there is no light. So, lamps are lit in every corner of the house to weaken these evil forces.