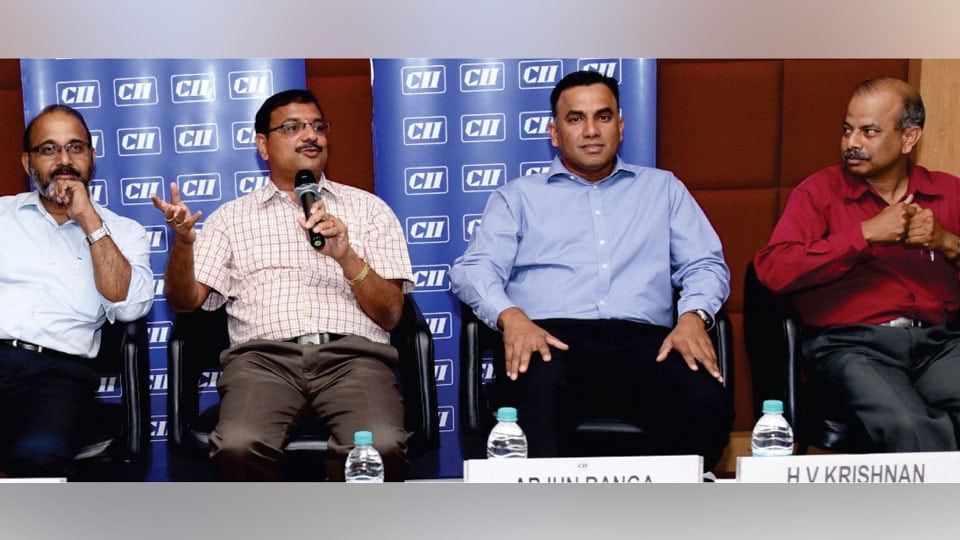 Central Excise Office gears up for implementation of GST

Mysuru: Though the GST is expected to be implemented from July 1 this year, the formation and office set up for GST at Central Excise Office will start from June itself, said G. V. Krishna Rao, Commissioner, Central Excise, Customs & Service Tax, Mysuru.

Krishna Rao said “The date has been fixed and as per the official communication which we have  received from the Ministry of Finance, GST has to be implemented from July 1.”

“As far as preparedness is concerned we have conducted outreach and awareness programmes on GST which was started a year back. Six months back we were trying to market GST but now people are aware about GST,” he added.

Regarding administrative preparedness, the departments have to be reorganised and two zones – Mysuru and Bengaluru zone – will be merged  and known as Karnataka Central GST Zone which will be headed by Chief Commissioner, he said and added by May 15, the administrative related works will get completed.

To get acclimatised to the new set up, GST related works will start from June 1 itself, he said.

Over 150 participants  from various industries took part in the day-long interactive session.