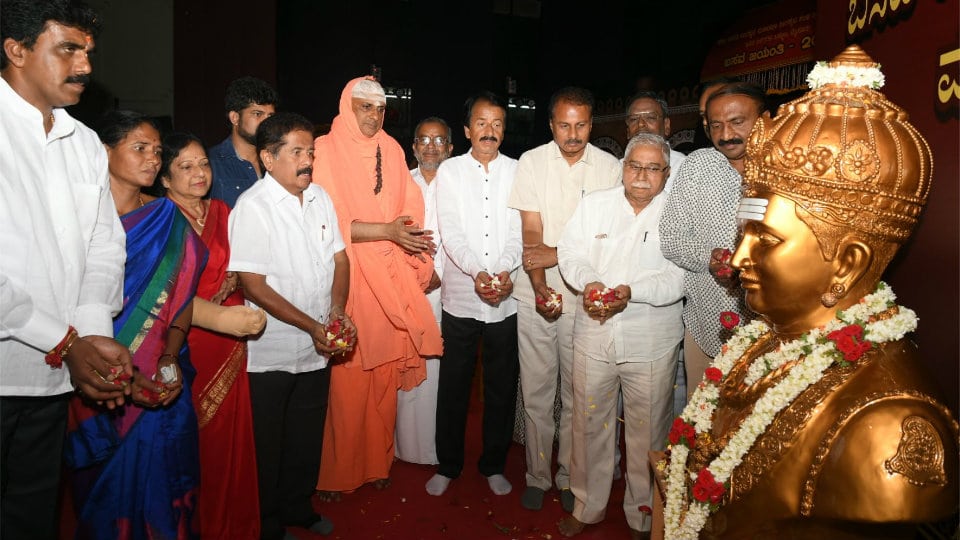 Speaking on the occasion, Dhruvanarayan expressed happiness at the government’s decision in having a portrait of Basavanna, the unparalleled social reformer, in every government office. 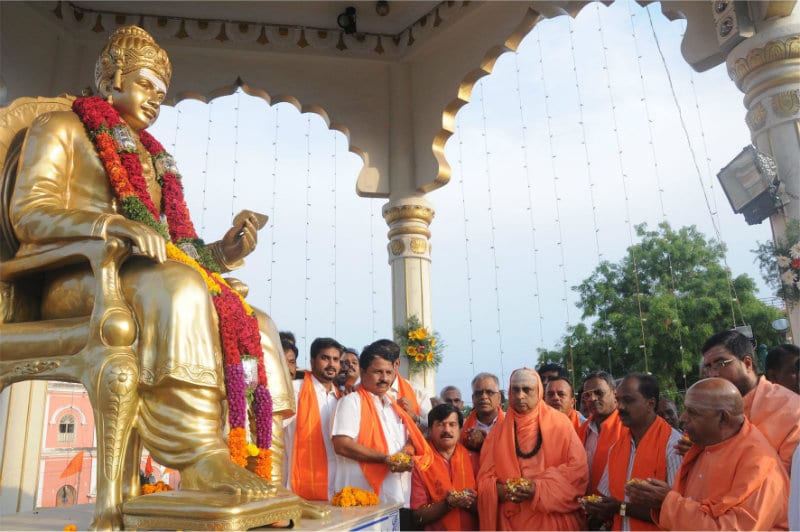 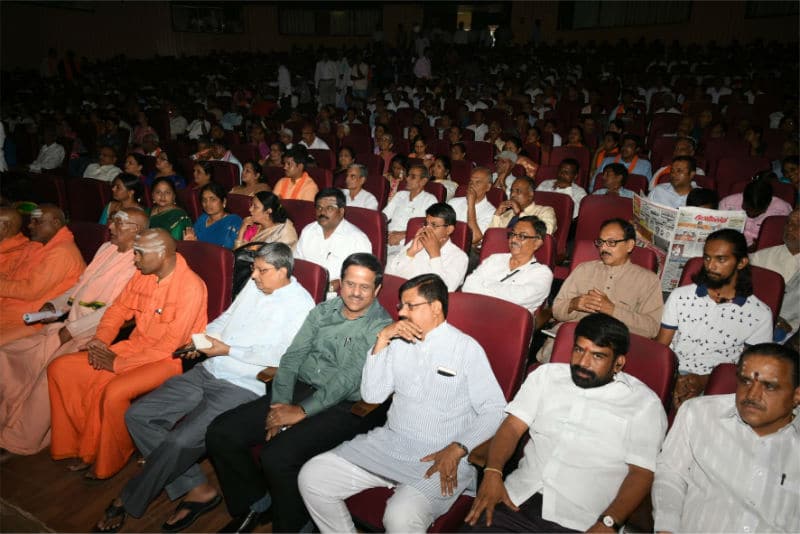 Delivering a special lecture, Dr. Kambara pointed out that Kannada literature could be comprehended better only with a good knowledge of vachana sahitya. He hailed Basavanna not only as a great social reformer but also a visionary and a poet who had all the qualities of able Statesmanship.

Stating that Basavanna’s vachanas and thoughts had been incorporated in the curriculum of over 120 Universities in India  and abroad, he added that vachana sahitya deals with feelings and problems of common people with eternal reference to society.

Unlike other Jayantis organised by the District Administration recently, today’s programme had a good attendance at Kalamandira. The Department of Information and Public Relations, in a press release, has stated that the photos of Basaveshwara approved by the State Government are available at the photo section of the Department’s Central Office in Bengaluru from today. The same can also be downloaded from the website: karnatakainformation.gov.in