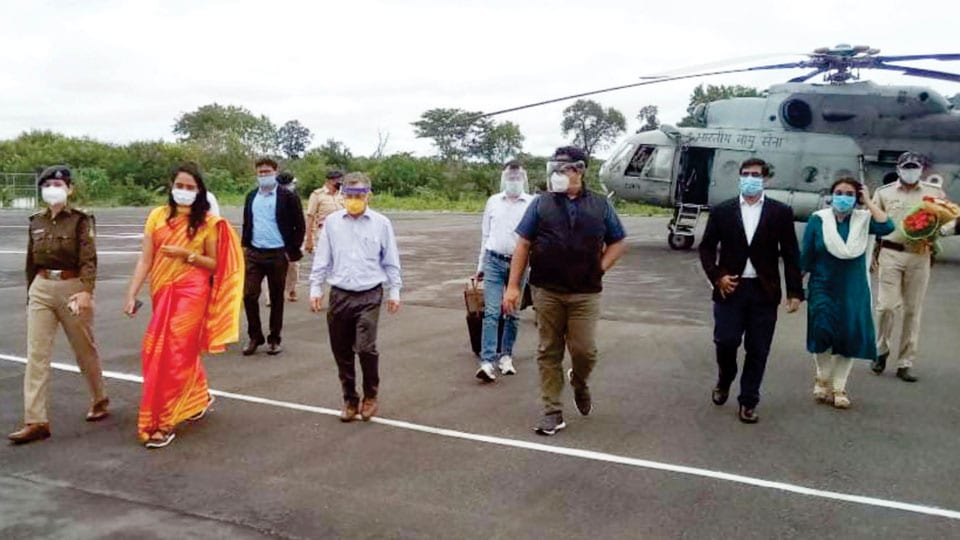 Madikeri: Over a month after Kodagu was devastated by unprecedented floods caused by torrential rains for days together, a Central team visited the District today to assess the damage.

The team, which arrived at the Sainik School Helipad at Kudige near Kushalnagar this morning, was apprised by the District Administration on the havoc caused by floods.  The team later visited Botlappa Paisari Landslide spot near Kadagadaalu, which was followed by an inspection of  destroyed pepper farms near Cherangala, a visit to Gajagiri Hill range near Talacauvery, where five people including Talacauvery Temple Chief Priest Narayanachar lost their lives in a devastating landslide.

This was followed by an inspection of some of the damaged roads and bridges; making an assessment of loss of paddy and other crops destroyed by floods. The team, later in the day, will visit flood affected areas near Benguru.

The Central team will stay for the night at Madikeri and leave Kodagu tomorrow morning after receiving detailed inputs on flood damages from District Officials, it is learnt.