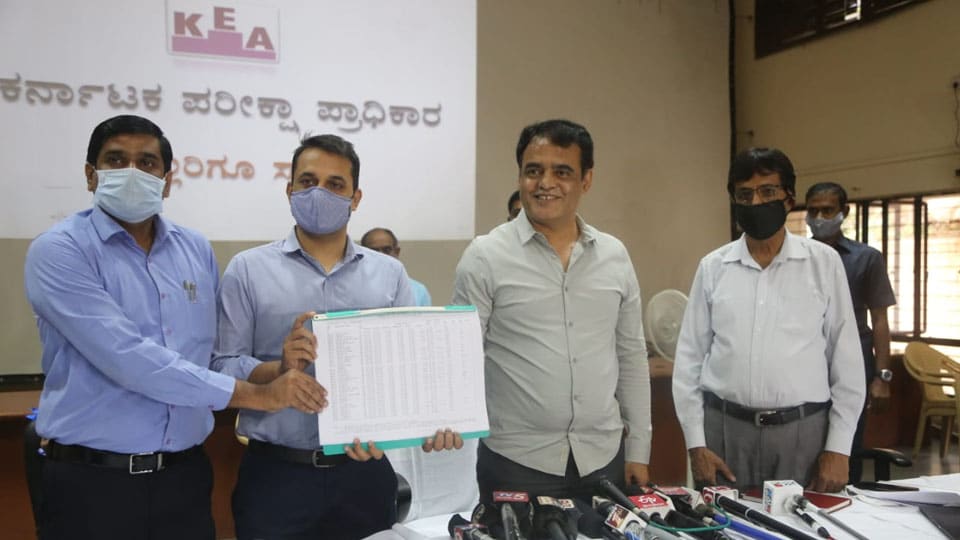 Bengaluru: The results of the Common Entrance Test-2020 (CET) for admission to professional courses (barring medical and dental courses) in Karnataka was announced this noon, according to which M.Rakshitha of Bengaluru has emerged as topper in engineering stream.

Announcing the results at Bengaluru, Deputy Chief Minister Dr.C.N.Ashwathnarayan,who is also the Higher Education Minister, said that the CET exam was conducted on July 30 and 31 at 497 centres in 127 cities and towns.

A total of 1,94,419 students had registered for the exam, out of which 1,75,349 attended and the results have been announced in a record time of 21 days, he said and added that the admission counselling will take place in two rounds only through online by October.

K.Sanjana of BASE PU College in Mysuru bagged top ranks in three streams. Sanjana has secured the second rank in agriculture stream, third rank in veterinary sciences stream and second rank in yogic and naturopathy stream.

Lokesh B.Jogi of Sri Ramakrishna Vidyalaya PU College at Yadavagiri in Mysuru has bagged the third rank in agriculture. The list of the top three rank holders in different streams is as follows-