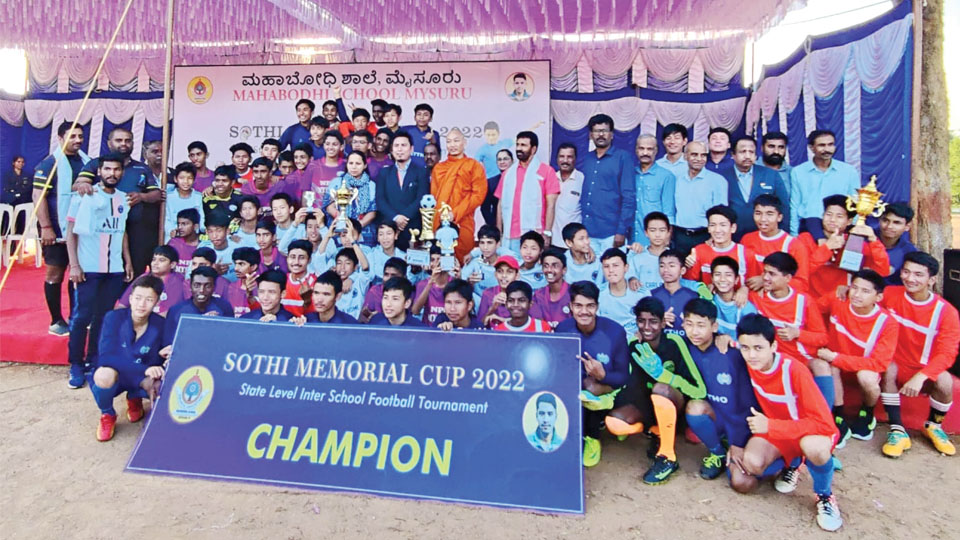 A total of 20 schools from across the State took part in   the Tournament.

Chief guest Nagendra, MLA, guest of honour Manjunath, General Secretary, MDFA and Umesh B. Noorlakupe and Mahabodhi School Management honoured both U-14 and U-16 winners and runners-up team with trophies, medals and cash prize of Rs. 8,000 and Rs. 4,000 respectively.

Sonam Dorjey and Swarangsar of Mahabodhi School won ‘The Best Player’ and ‘Highest Goal Scorer’ award in the U-14 and U-16 category.