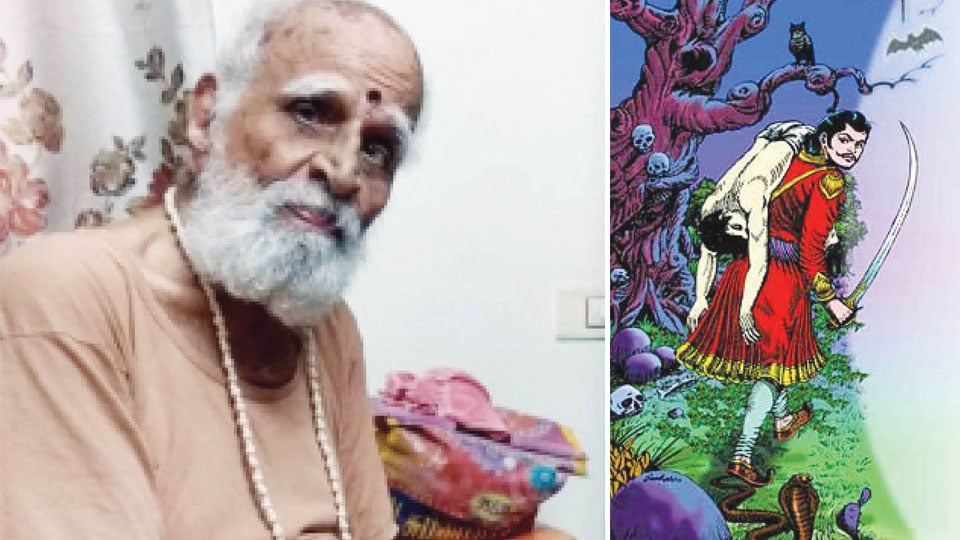 ‘Chandamama’ artist K.C. Sivasankar passes away in Chennai at 97

He was best known for illustrating ‘Vikram-Betal’ series

Chennai: Legendary artist K.C. Sivasankar, known for illustrating for children’s magazine Chandamama, also known as Ambulimama, passed away at his residence in Chennai on Sept. 29. He was 97.

Sivasankar, who has contributed to the field of art for over 60 years, was best known for illustrating the ‘Vikram-Betal’ series.

At the time of his passing, Sivasankar was the last of the original Chandamama team.

Sivasankar was born in 1924 at a village in Erode and developed an early passion for art. In 1934, he moved to Chennai along with his mother and siblings where he would be discovered for his talents by his drawing teacher at school.

Sharing an interesting anecdote about his admission to a 5-year art course at the reputed School of Arts, Sivasankar, in an interview to The Hindu says he astounded Principal D.P. Roy Chowdhury with a brush technique that came naturally to him. When the Principal asked him where he had learnt it, Sivasankar says he kept quiet. “It is best to keep quiet at such moments. He straightaway admitted me to the second year,” he had laughed to the interviewer.

Sivasankar was hired by Nagi Reddi in 1952 and he created the legendary sword wielding King Vikram carrying the Vetala corpse slung across his shoulder around the sixties. Sivasankar, who continued illustrating well into his 80s, has shared in interviews that Nagi Reddy used to remark that “Chithra (another artist) and Sankar are the two bullocks of Chandamama.”

Chandamama, a periodical magazine for children originally in Telugu, was founded by filmmakers B. Nagi Reddi and Chakrapani in 1947. The magazine reached far and wide, being published in 13 Indian languages.

In 2007, 60 years after it was first published, the magazine was acquired by Geodesic, a Mumbai-based software services provider company, with an intent to digitise its content.

In 2013, Chandamama stopped publishing when the parent company ran into financial troubles following which in 2017, a volunteer driven effort began to revive and preserve the magazine for future generations.