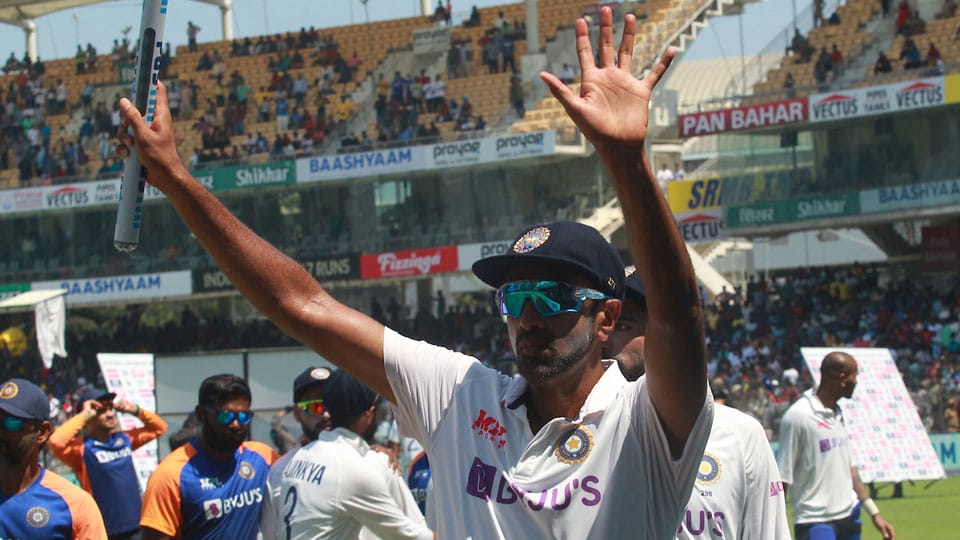 Our boys are ‘One Step Closer’ to ICC World Test Championship

Congratulations to our boys for pulling off a majestic victory in the 2nd Test; levelling the series at 1-1. And hats off to R. Ashwin on becoming the only ‘5 Wicket Hauler and a Centurion’ in the same Test on Indian soil; and also on surpassing Bajji’s domestic record. Ash now has 267 scalps against 266 of Bajji. Great feeling indeed given that Ash was essentially a batsman for TN State and later developed into a ‘World Class’ Offie. Congratulations on his achievements.

Debutant Axar Patel bowled brilliantly to scalp 7 in the match and a 5 wickets haul in the 2nd innings. Also, full marks to Rohit who reinvented himself in scripting that magnificent 161 and the pyrotechnics of Pant who made yet another 50. Virat’s fighting 62 in the 2nd was a monumental effort on that pitch.

Surely, winning the toss made a huge difference in the 2nd Test. While Virat had to be diplomatic during post match presentation ceremony in saying that “the toss did not matter”, Root seemed more realistic. Going forward, we do hope that we will have more to discuss about the game rather than ‘pitching about the pitches’.

Dr. CGN, a keen reader of my articles, spoke to me about the advantages and disadvantages of winning/ losing the toss and made an important observation. “Toss could be avoided and each team may be offered the opportunity to bat first in alternate Tests”. Sounded a fair suggestion in view of Chennai dramas.

Now, both teams proceed to the 3rd and 4th at the largest and modern stadia of the world at Ahmadabad. Thanks to the vision of our PM Sri Narendra Modi, the Motera was demolished and reconstructed between 2017 and 2020 — to a world class facility. The stadium; now known as ‘Sardar Patel Stadium’; can seat 1.10 lakh spectators. Australian grass has been used with excellent drainage system. 76 Corporate Boxes, 55 rooms Club House, 4 Dressing Rooms and a huge swimming pool await the teams — poised to use the facilities for the first time after the stadium was reopened in early 2020.

The only prayer is that the pitches/ tracks are well laid to international standards to offer fair playing conditions to the bowlers, batsmen and the fielders — very much unlike the forgettable Chennai conditions. Best to our boys.