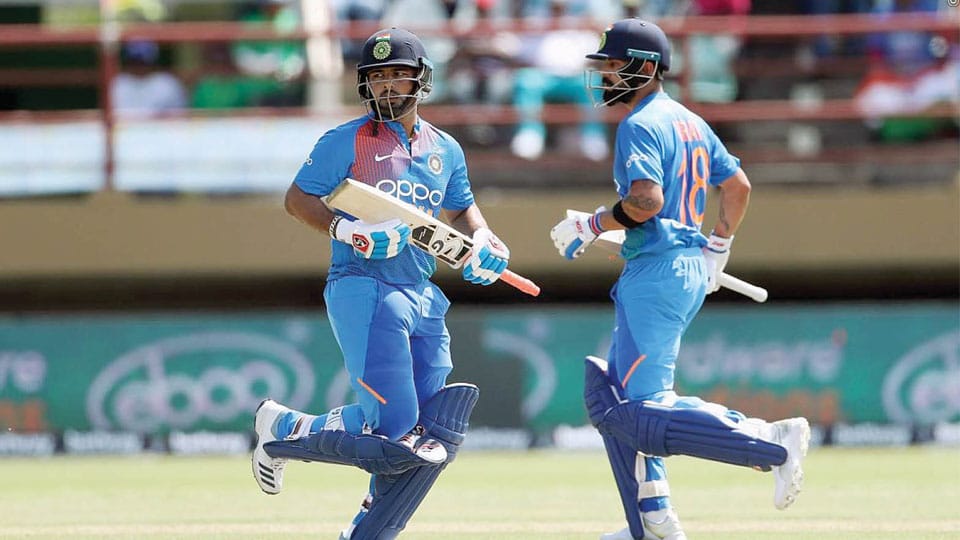 However, Kieron Pollard smashed his 3rd T20I fifty and with Rovman Powell shared 66-run stand which helped Windies post a respectable total of 146 runs after a poor start.

While chasing a target, India suffered an early blow in the form of Shikhar Dhawan whose poor run in T20Is continued with another failure. Thereafter, K.L. Rahul played handsomely before being dismissed by Fabian Allen at 20.

Later, Rishabh Pant didn’t make any mistakes as compared to previous matches and played a sensible 42-ball 65-run knock, laced with four boundaries and same number of sixes to guide his team towards seven-wicket victory over West Indies. He shared a 106-run stand with captain Kohli.