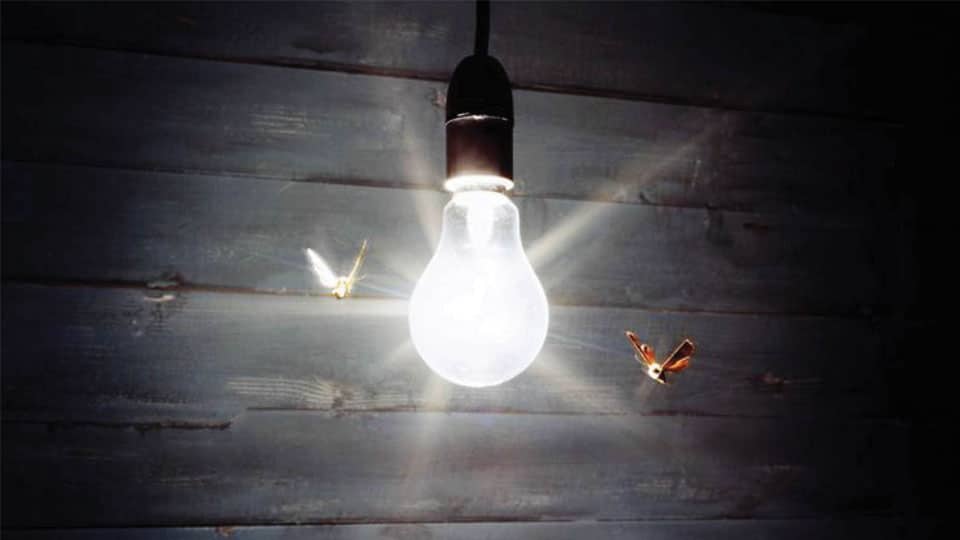 In this week’s Pet Talk, Maneka explains about the effects of alcohol on dogs and moths’ reaction to light

Recently a dog became famous all over social media for his antics after drinking alcohol. Should I let my pet consume alcohol?

Dogs should never have any type of alcohol — or even food that contains alcohol.

When you give your dog alcohol, it depresses the central nervous system, affects coordination and changes the blood chemistry, creating excess acid that damages the kidney and liver. The dog will fall into a coma and eventually die. Whiskey and other hard liquor is probably something that a dog (or cat) won’t intentionally drink, but the problem really occurs when it’s combined with sweet mixers like soda or fruit juice, because that will now make the drink appealing. Let’s remember, too, that some of those mixers just may include food items that are toxic to pets. Some of the thing your dog can experience from alcohol poisoning:

1. Behavioural Changes: Dogs will suffer from quickly impaired mental faculties, which will result in behavioural changes. Your dog may become aggressive,  depressed or try eliminating around the house.

2. Kidney Damage: Because alcohol is such a strong chemical poison, the dog’s kidney will work hard to filter it, resulting in an over-strained kidney and kidney damage.

3. Respiratory Problems: Alcohol depresses the activities of the mind and body. Even small amounts of alcohol can affect your dog’s breathing rate quickly.

4. Heart Problems: Alcohol affects the heart of both, humans and non-humans. Dogs ingesting even a minor amount of alcohol can experience heart murmurs and even heart attacks.

5. Death: It can be a sudden and quick death, or a slow, painful one.

Can pigs be dangerous?

Pigs are opportunistic omnivores (which means they can eat anything edible), and large ones can be quite dangerous.

While pigs may not attack humans, as they are not hunters, they have no qualms about devouring an unconscious, or dead, human any more than they would about eating any other animal that died in their pen — they are omnivorous scavengers, after all. They are dangerous because they are very territorial, destructive and aggressive when in their territory. Male pigs can be quite violent and are possessive, specially about their sows.

Sick pigs can pass on zoonotic diseases to humans, which can include the skin condition erysipeloid and the bacterium Streptococcus suis, which can lead to illness including meningitis and deafness in humans.

There is a great risk in eating pork of any kind. Apart from worms, pigs carry viruses. The widespread use of antibiotics, especially in the commercial pig sector, creates problems of antibiotic residues in pork products and leads to the development of antibiotic resistance.

If moths like light so much, why don’t they come out during daytime?

The reason why they do not come out during the day is because they are very sensitive to sunrays. At night, they use the sky/ stars as a method to navigate. Moths prefer a low illumination scenario, where they can easily catch signals. Moths don’t like light at all. The reason they fly maniacally around bulbs is that in the pre-electric world, in which they evolved, they used the moon to navigate by night. By keeping the moon at a constant angle to the direction of their flight, they could ensure they travelled in a straight line. Unfortunately, they now confuse electric lights with the moon and try to navigate by them. Because the bulb is not a quarter of a million miles away, its position relative to the moth is not constant. The result is that they just go round and round in circles.

Why is my parrot standing on one leg?

Birds’ legs have an adaptation called “rete mirabile” that minimises heat loss. The arteries that transport warm blood into the legs lie in contact with the veins that return colder blood to the bird’s heart. The arteries warm the veins. Because the veins also cool the arteries, the bird’s feet are closer to environmental temperature and, thus, don’t lose as much heat as they would if they were at body temperature. And by standing on one leg, a bird reduces by half the amount of heat lost through the unfeathered limbs. Due to the absence of feathers in this part of their body, they minimise the excessive heat-loss, they rest one leg tucked in their feathers to keep it warm and use the other to maintain their balance.

Birds, sometimes, stand on one leg because of various reasons, like taking rest which helps them reduce muscle fatigue. Birds have special ligaments in their toes that make it very comfortable to stand on one leg. Even when they are asleep, they’ll stand on one foot to give rest to the other foot and themselves.

Why is my parrot fish turning black?

Black patches, smudges, smears, spots or markings may suddenly appear and are not natural colourings.

These markings are the result of skin cell damage. Black markings often appear in areas where the skin has been damaged by ammonia burns, bacterial infections, parasitic infestations, and injuries. These markings are often seen on fish due to the high ammonia levels. These marks are also common in African Cichlids, especially around the mouth. These are scabs that have come from digging in the gravel or from fighting.

No treatment is necessary. Much like scabs, the blackened areas are a sign that the healing process has already begun. Keep water in top condition and the areas will gradually fade in less than a couple of weeks. Another reason for such black patches or smudges, is that the fish might be going through stress. One can try changing the level of water, the nitrogen level and other changes in the fish tank, to make it favourable for the fish to live in.

Why is my pig foaming at the mouth?

Pigs foam at the mouth, usually when it’s feeding time, or food is discovered. This does NOT mean your pig has rabies. Foaming at the mouth is normal. Foam is also used to “scare” a predator when being challenged.

However, in a case where they are already fed, and still foam, check for other symptoms: make sure they are not lying down, panting or breathing heavily, foaming at the mouth and are flushed. It could be a result of heatstroke, because they have no access to shade from the sun. In such a case it is necessary for you to spray them with water and cool them down. Or it may lead to the pig’s sudden death.

What does the term natural food mean? I find it on almost all packaging from cakes to ice-cream, bread to meat, medicine tablets to biscuits?

I don’t know either. As of now it is just a clever marketing gimmick, which has discovered that humans hate the word chemical and are drawn to things that are from nature directly. But after decades of debate there remains no generally accepted definition of a “natural” food product. Regulatory agencies have refused to settle the issue.

An oatmeal product seems more “natural than processed wheat” but it uses as many chemicals and pesticides as anything else. Some people mistake ‘natural’ for ‘vegetarian’, but many products have extracts of meat and still call themselves natural. An ice-cream promotes itself as natural but uses flavour extracts. Even the sugar substitute, which is clearly chemical, claimed it was made from natural ingredients till it was taken to court. What is needed is a series of law suits against food items that use the term, so that, in time, food advertising and packaging will become more truthful. Government also needs to formulate a definition for the meaning of natural.

Is it okay to judge people based on their attitude towards animals?

As far as a person’s morality is concerned, it can very well be judged by how they treat animals. Although a sociological understanding would suggest various reasons that motivate a person’s attitude, it cannot be used as an excuse to torture or inflict pain on animals. Ignorance is not justifiable and, if one encounters people who treat animals badly, it is okay to form judgments about them. However, it is also your duty to educate the persons and call them out for their wrongdoings, to ensure that they introspect and make suitable behavioural changes.