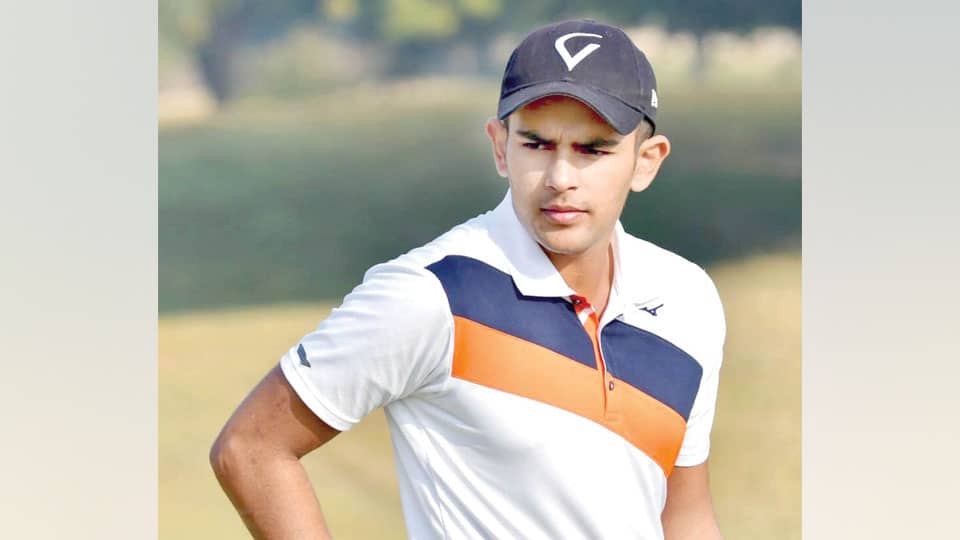 Nineteen-year-old Aadil Bedi put up a lion-hearted performance to earn his maiden title in a thriller at the Bengal Open Golf Championship 2020, played at the Tollygunge Club here yesterday.

The tournament worth Rs.30 lakh witnessed the longest-running playoff on the PGTI. The previous record for the longest playoff was four holes which was set three times. The last event decided on the fourth playoff was the Jeev Milkha Singh Invitational 2019 where Ajeetesh Sandhu prevailed over Rashid Khan.

Udayan Mane’s runner-up prize worth Rs. 3,34,950, helped him extend his lead to over Rs. 8 lakh in the PGTI Order of Merit as his total earnings for the season moved to Rs.14,66,500. Gurugram’s Veer Ahlawat is in second place in the money list.

Kolkata’s Viraj Madappa, lying tied 11th and six off the lead after round three, posted the best score of the final day, a six-under-64, to finish the tourney in third place at 13-under-267. Viraj, playing at his home course, made an early charge with birdies on the second, third and fourth and a 12-feet eagle conversion on the seventh.

However, Madappa, who missed at least four putts within 10 feet on Sunday, slowed down on the back-nine making three birdies at the cost of two bogeys. Veteran Mukesh Kumar (70) of Mhow took fourth place at 12-under-268.

Fifth position was jointly shared between Bengalureans Rahil Gangjee (67) and Khalin Joshi (70) and Mhow-based Om Prakash Chouhan (69) at 11-under-269.