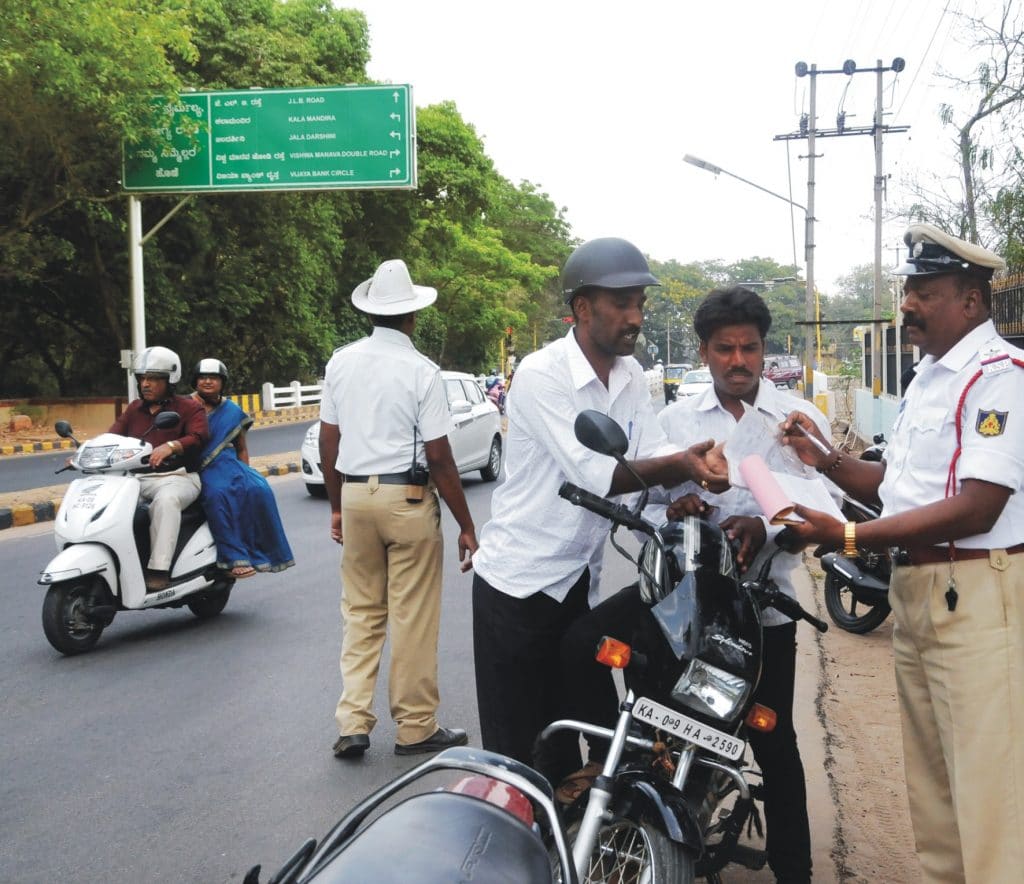 It is not clear how to consider the news of city Traffic Police collecting Rs.7.13 lakh as fine from violators in just three days (Star of Mysore dated Mar. 5), that too only in certain areas of the city. Whether it is efficiency of the Traffic Cops to have rigorous checks or the inability of the citizens in not following traffic rules for their own safety and also for the safety of the others!

Traffic Cops should be appreciated for their innovative ideas, like seizing the vehicle found without proper documents or not wearing helmets, etc., and releasing it                   only on the production of the necessary documents and procuring helmets, of implementing traffic rules against the stubborn violators.

In spite of the introduction of new method as indicated above, still riders don’t seem to be bothered and are moving on the roads without helmets, seat belts, number plates either at rear or at the front, altered, masked or broken number plates, driving triple or beyond, going in one way road or opposite to the flow of the traffic on the same side of the road, pushing the barricades and crossing the road wherever they want, parking in no parking zones, parking on the road itself or parking in second row thereby obstructing the movement of other vehicles, using mobile, direct or through ear phones while driving, obstructing pedestrian movement by stopping on zebra crossing, signal jumping, etc.

One has to do research to find what can bring a change in these violators. Increased fines and suspending or cancelling the licence after a certain number of violations or continuous rigorous checks may bring some change in the attitude of the violators.

2 COMMENTS ON THIS POST To “Check rampant traffic violations”