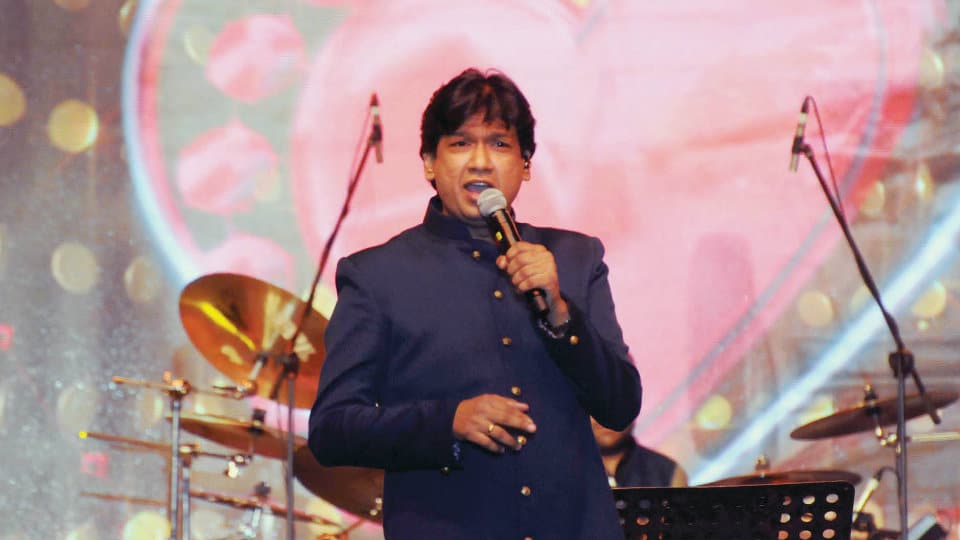 Mysuru: Chief Minister H.D. Kumaraswamy inaugurated ‘Yuva Dasara,’ one of the main attractions of Dasara festivities, in presence of large gathering of youths at Maharaja’s College Grounds last evening. Yuva  Dasara will be held till Oct.17 to entertain the youths in particular. 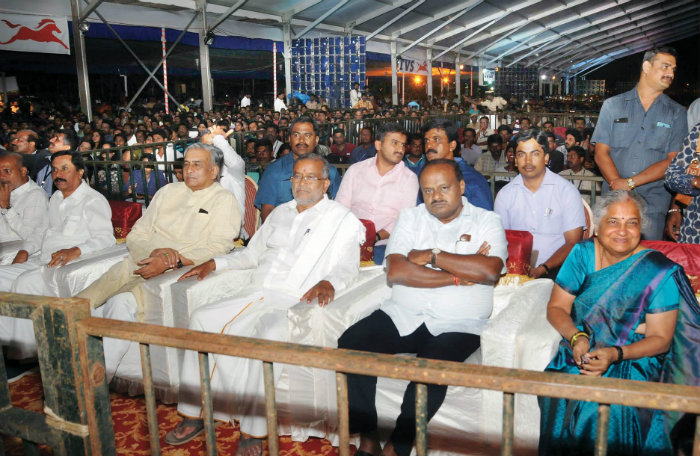 Mysurean, Playback singer and music composer Vijay Prakash, who began with the song ‘Gombe Heluthaithe’ of Rajakumara movie, entertained the audience for almost two-and-a-half hours by his melodious voice. Youths enjoyed the musical extravaganza by whistling, dancing, humming and clapping their hands.

Dance performances by actors Ragini Dwivedi and Shanvi Srivastava mesmerised youths. Ragini entered the stage with her dance moves beginning with ‘Tara Tara Hidiside Manasige Neenu’ song. Shanvi too enchanted the gathering with her performance to many popular songs. The laser light dance show enraptured the audience and it was a special experience for the people present. The participants clicked pictures from their mobile phone as they were  thrilled by the laser light dance. 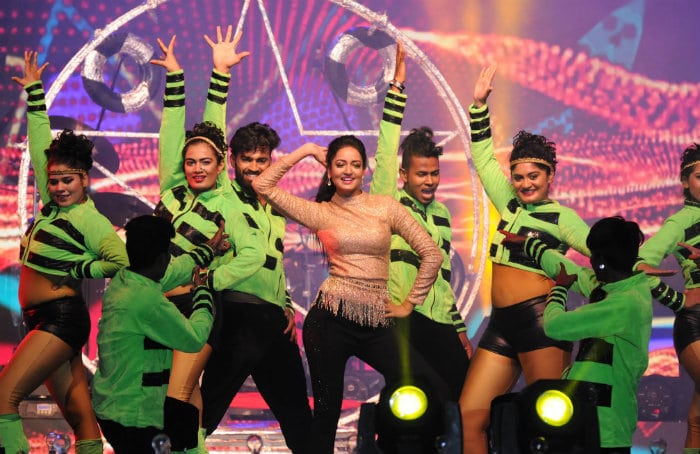 The students of University of Mysore Fine Arts College and Mangaluru Boys Zone performed ‘Shivathandava’ Dance before the inaugural function.  The celebrations which were scheduled at 6.30 pm delayed for two hours testing the patience the audience. 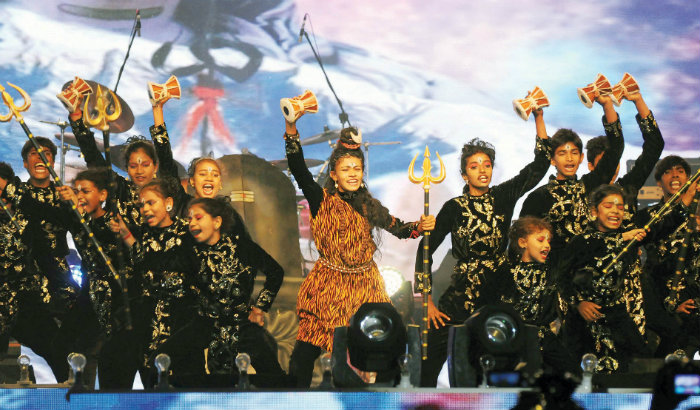 The CM and other guests arrived on a special bus and inaugurated the programme after seeing some dance and laser light dance. The technical failure of the big LED screens put up for the benefit of visitors to view the show dampened the excitement of the visitors.